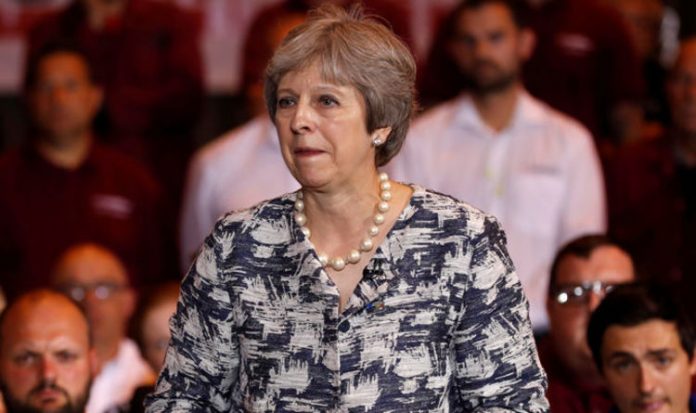 The demands in his weekly newspaper column – published as Mrs May launched her own plans to tackle homelessness – was seen as evidence of his desire to start mapping out a policy “manifesto” in support of a future Tory leadership bid.

His article made no mention of the row he started a week ago about Muslim women in burkas. He said their face veils made them look like “letter boxes” and “bank robbers”.

The Prime Minister’s spokesman hit back yesterday, saying: “When it comes to stamp duty, the Government has taken action to seek to help first-time buyers to get on the property ladder.

“The number of people who have benefitted from that cut in stamp duty is now 121,500 first- time buyers, who have saved an average of £1,700 each so far.

“The Prime Minister has said that we need to be building more homes in this country and that is a priority for the Government and we are taking a number of steps to deliver that.”

In his article, Mr Johnson declared the housing market was “broken” because under-supply had made homes unaffordable.

He also called the housing shortage “the biggest and most urgent crisis we face”.

“This is meant to be Britain, the great home-owning democracy, but we now have lower rates of owner-occupation for the under-40s than France and Germany,” he protested.

“That is a disgrace. And you cannot expect young people to be automatically sympathetic to capitalism when they find it so tough to acquire capital.”

Mr Johnson also complained that house-buyers were some- times treated with “disdain… like serfs” by the “big three” developers who now dominated the market.

The MP for Uxbridge and South Ruislip also accused the major builders of “blatantly land- banking to keep prices high”, by sitting on plots that they had permission to build on.

The public sector must release its surplus land and brown eld sites, he urged, which should be linked by new transport projects.

Mr Johnson added London’s housing market, which he said drives the rest of the country, should be “kickstarted by cutting absurdly high stamp duty”.

It deterred people from trading up, leaving older people trapped in big houses that younger families needed, he said. Fellow Tory Brexiteer Jacob Rees-Mogg has also weighed in on the issue, fuelling speculation about a potential leadership pact with Mr Johnson.

He was revealed to have told a Financial Times politics podcast that housing was the country’s biggest challenge and his party must accept more building on green belt sites.

Mr Johnson faces a possible inquiry by his party into com- plaints about his remarks on the burka, which he made while arguing Britain should not ban it.

He has so far refused to bow to party chairman Brandon Lewis’s call for an apology.

The Muslim Council of Britain warned the Tories not to allow “any whitewashing” of the inquiry.

“No-one should be allowed to victimise minorities with impunity,” it said. The Tell Mama project which monitors anti-Muslim violence claimed abuse of women wearing a burka had risen since Mr Johnson published his article.