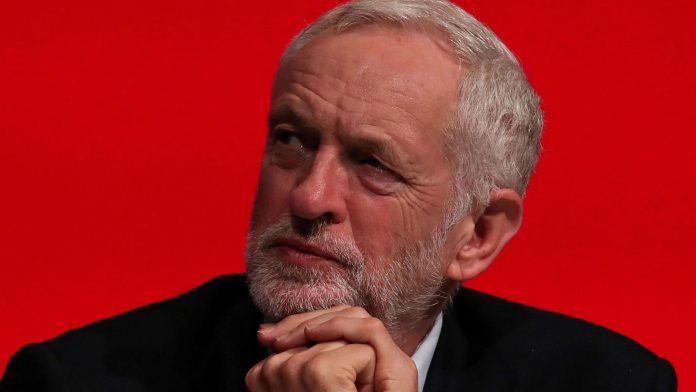 Jeremy Corbyn has backed Sir Keir Starmer’s conference floor statement that “nobody is ruling out Remain as an option” in an interview with Sky News at the Labour Party conference in Liverpool.

“Keir put that in because it’s what is there in the motion and so we will challenge this government and if they don’t meet our six tests we will vote against it and then we will take it from there.”

Mr Corbyn also did not confirm that Brexit would definitely happen next March, nor that it would happen at all.

Asked if Brexit was going to happen in March 2019, he said: “At the moment it looks like it and we will challenge this government on the six tests.

“If they don’t meet them then we will vote against it. The government would then have to go back to the European Union and continue negotiations, or they might choose to resign and have a general election so that the people of this country can decide who they want to conduct these negotiations.”

Asked if Brexit was going to happen at all, Mr Corbyn said: “Well look, we will challenge the government’s terms for Brexit if they don’t meet out six tests.

“We are not in the majority in parliament. If we were, we wouldn’t be in the mess we’re in at that moment.”

On the issue that has dogged the party over the summer – antisemtism – Mr Corbyn was uncompromising, repeating that he would “die fighting antisemitism” but only expressing regret for “the stuff that’s been thrown at me”.

“Antisemitism is totally appalling, wrong, and a scourge on our society, as is, as a matter of fact, any other form of racism.

“I’ve had a lot of things thrown at me over the summer, what I regret is the stuff that’s been thrown at me and the ill-informed nature of it.”

Mr Corbyn also backed Sky News’ Make Debates Happen campaign, saying: “We’ve always wanted debates between leaders. Not just the party leaders, but also with the spokespersons for different departments so that there is an open and public debate.

“In the last general election, I attended the Cambridge debate, I was there at those debates.