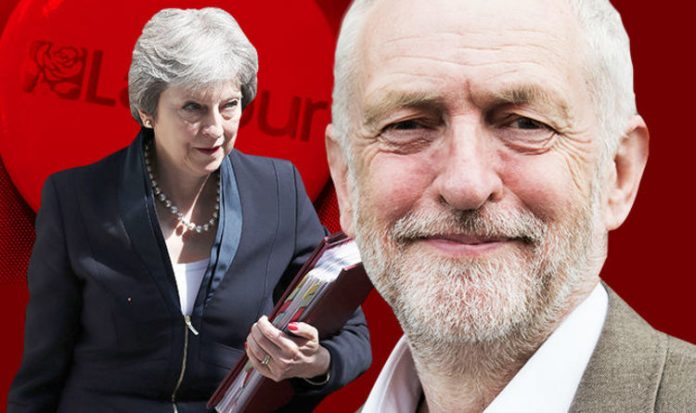 The Labour leader has claimed his party represents working-class voters and unveiled a 20-point plan for workers, which included policies such as a ban on unpaid internships and zero-hour contracts.

Speaking at Unite’s annual conference in Brighton, Mr Corbyn said: “Labour is back as the political voice of the working class.

“We need to do far more to give a real voice to working-class communities who feel they aren’t heard in politics – often older people living outside the big cities in areas hit by decades of failed economic policies.”

This is despite a YouGov poll which was published last month that showed support for Labour among working-class voters has fallen from 46 percent to 37 percent between January and June this year.

While support for the Conservatives is up among this social group, from 35 percent to 48 percent in the same period.

Mr Corbyn argued that despite politicians and the media telling us for over 30 years that class does not matter, living standards and inequality have gotten worse for the vast majority.

He said: “For 30 years, the media and the establishment tried to tell us that class doesn’t matter any more and that we should ditch any idea of representing and advancing the interests of the working class.

“We’ve seen where that’s got us – trade union membership and living standards falling while inequality and insecurity grow.

“While most people have seen their wages and living standards fall over the last eight years, a tiny minority at the very very top of society have become ever more wealthy.”

“Labour exists to represent the large majority of the population the many, not the few: lower and middle-income voters, the skilled and unskilled: nurses and teachers, shop floor workers, builders, designers, technicians and professionals in every community, region and nation.”

The Labour leader also took direct aim at Brexit and argued that workers’ rights were being put in jeopardy through the UK’s departure from the EU.

He concluded: “Deregulating our food safety standards, tearing up environmental protections, opening up even more public services to privatisation and driving down workers’ rights all while slashing corporation tax.

“Under this plan Britain won’t be taking back control, big business would be taking still more control on the backs of the workforce, taking advantage of a new bonfire of workers’ rights which many Tories are itching to set ablaze.”

Despite Labour’s desires to keep the UK as closely aligned to the EU as possible, Mr Corbyn branded the Government’s Brexit negotiations as “posturing” and stated they were threatening skilled jobs in the UK.