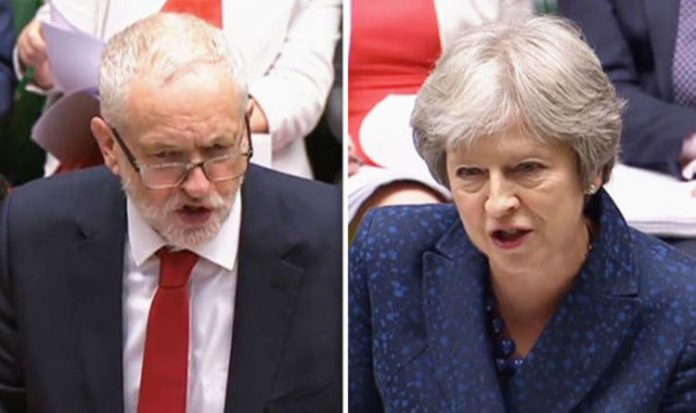 Mrs May and her Cabinet will go on a retreat on Friday to hammer out details of her Brexit White Paper focusing on the customs arrangements, due to be published on Monday.

Mrs May could be forced to answer questions about the divisions in her own Cabinet over her proposals for the UK post-Brexit customs deal with the EU.

Mr Corbyn and Mrs May will go head to head over Brexit after the Labour leader said on Sunday he would force a general election if there is a “bad deal for Britain”.

As the NHS prepares to celebrate its 70th anniversary tomorrow, Mrs May is expected to answer questions about how she will fulfil her promise to spend an additional £20billion on the service by 2023.

Last month, Mrs May said the funding boost would come from the “Brexit dividend” of money no longer spent on Britain’s annual European Union membership fee after Britain leaves.

There are concerns the Government will raise alcohol and fuel duties to inject the funding before we formally leave the EU.

Follow Express.co.uk below for live updates on this afternoon’s PMQ’s