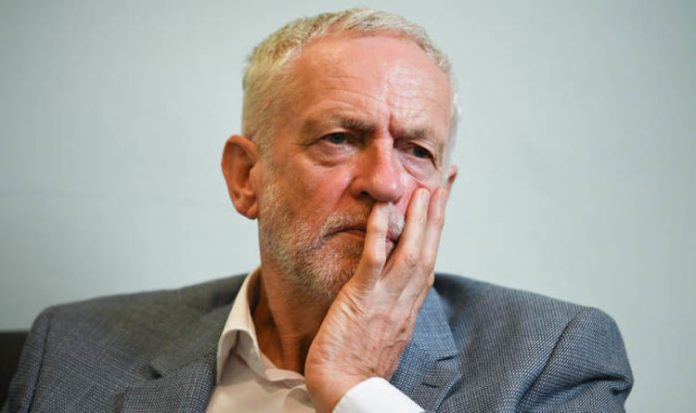 Ilford South MP Mike Gapes, who has served for 26 years, intervention came as Mr Field was threatened by the Labour leadership to withdraw his resignation from the parliamentary party or face being expelled from Labour.

Speaking out against the culture within Labour under Mr Corbyn, Mr Gapes said: “I am agonising every day about the situation and the state of the Labour Party.

“I will make my own decision about how I deal with this in my own time.”

Mr Field’s decision to resign the whip from the parliamentary party was met with a hard response from the leadership in a meeting with chief whip Nick Brown.

Mr Field, who has served as the MP for Birkenhead for almost 40 years, was told by party chief whip Nick Brown that unless he reversed his decision to resign the whip he would be kicked out of the party within two weeks.

The veteran Labour MP said that he was contemplating hiring a solicitor to fight any attempt to remove him from the party.

He said: “The chief whip said that I cannot remain after two weeks of resigning the Labour whip a member of the Labour party.

“I said I would dispute that and appeal that.

“He said ‘I would like you to withdraw your letter’. I said I would think about it because it is crazy to spend an hour with the chief whip and not think about what he said, but I didn’t express any enthusiasm for that.”

The Birkenhead MP also denied claims that he was jumping before he was pushed, having lost a no confidence vote within his constituency Labour Party after backing Brexit.

He said: “I have been through all this before when I have been deselected and I am still the Labour Party candidate.

“I wish to be the Labour Party candidate at the next election and, if I am not, I shall stand as an independent Labour candidate.

“The people who decide this are not a small caucus of 30-odd people but the 70,000 electors of Birkenhead.”

He added that Labour must show it can put its house in order to demonstrate it is “fit to run the country”.

He called on the leadership to demonstrate the party is “the great champion against racism” and “will not tolerate bullying and thuggery”.

Fellow moderate Labour MPs said that Mr Corbyn and the rest of the hard Left leadership needed to take the resignation as a warning.

“Anyone suggesting Frank Field has taken the decision on a whim doesn’t know their backside from their elbow,” Labour MP Neil Coyle has told Today.

“This is a massive decision. We can pretend everything is hunky-dory and tickety-boo and carry on regardless, or we can get on with tackling the problem.”

Meanwhile, senior Labour backbencher John Mann demanded that Jewish MPs are automatically reselected for Labour instead of facing deselection by hard Left activists for speaking out on anti-Semitism.

The Bassetlaw MP also defended the decision of Mr Field to resign, saying the party needed to address the “atmosphere of bullying, intimidation, extremism and racism”.

Asked about the possibility other Labour MPs could walk away from the party, Mr Mann said: “It’s a possibility, I hope not but I think it’s a distinct possibility that others will go unless the racism, the bullying, the intimidation of the extremists is stopped.

“One thing that the Labour leader could do today is he could announce that all the Jewish MPs are re-standing automatically as Labour candidates at the next election, that would shut up some of the extremists.”