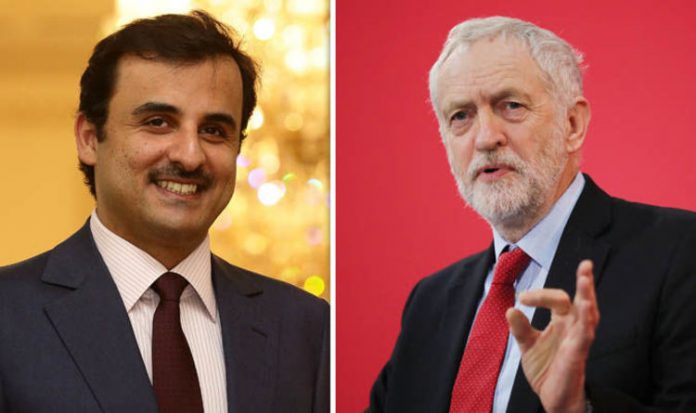 The Labour leader met Emir Tamim Bin Hamad Al Thani in London on Monday, a day before the Qatari leader held meetings with Theresa May in Downing Street.

A spokesman for Mr Corbyn said the politician tackled issues of conflict and civil rights with the Emir.

They noted: “They discussed wars and humanitarian crises in Syria and Yemen, conflict and tensions in the Gulf, human and civil rights across the region and the World Cup in 2022.”

The Labour leader has previously protested against Theresa Mays’ engagement with Middle Eastern nations, including Saudi Arabia, and accused Britain of “directing the war” being waged by Saudi Arabia in Yemen.

He called on Mrs May to halt British arms supplies to Saudi Arabia and demand an immediate ceasefire in Yemen.

Speaking in March, he said: “It cannot be right that her Government is colluding in what the United Nations says is evidence of war crimes.

“Germany has suspended arms sales to Saudi Arabia, but British arms sales have sharply increased and British military advisers are directing the war.”

Qatar has been accused of human rights abuses and continues to impose flogging and stoning as legal methods of punishment.

Theresa May nevertheless vowed to increase the UK’s engagement with the peninsular state in anticipation of the football World Cup in 2022 during her meetings with the Emir on Tuesday.

She said: “Now that the World Cup in Russia is completed, all eyes are on Qatar for 2022.

“We look forward to discussing further how we can support the work you are doing to deliver what we are sure will be a very successful World Cup.

READ  Theresa May: Brexit deal 'absolutely keeps faith' with will of the people | Politics | News - UK

“We are very much looking forward to discussions on that.”

Amnesty International UK called on the Prime Minister to urge the Emir to use the World Cup to “transform the human rights situation of Qatar’s thousands of migrant workers”.

Campaigns director Kerry Moscogiuri said: “Qatar has promised a series of reforms to improve workers’ rights, and now is the time to deliver on them.

“All workers in Qatar should have the freedom to leave the country and change jobs, while being guaranteed fair wages and decent conditions.” 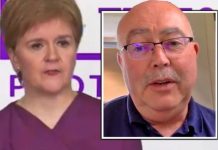 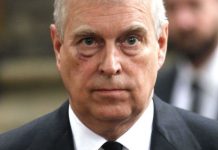 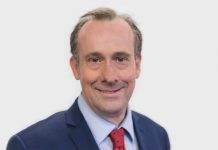