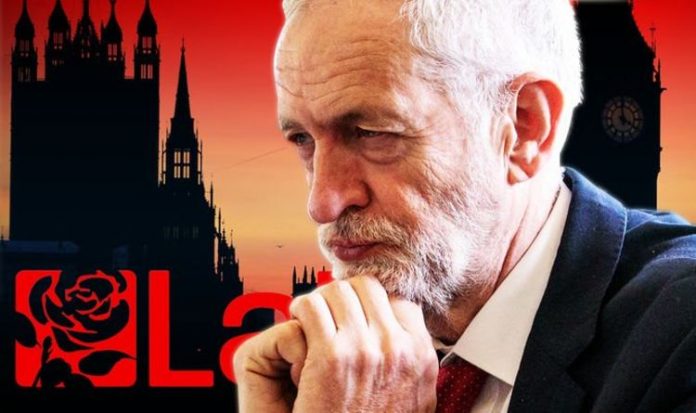 Sir Keir Starmer took over the Labour Party from Mr Corbyn after his humiliating defeat in 2019. But the former head of the party has now backed Roger McKenzie to be the new head of Unison, the largest union in Britain. The move threatens to weaken Mr Starmer’s hold on the party, and create more infighting.

Mr McKenzie was a key supporter of Mr Corbyn’s 2015 bid to take-over Labour.

Now Mr Corbyn has backed his ally to be the new head of Unison, which could move the union decisively to the left.

Announcing his endorsement, Mr Corbyn reminisced about how the pair “have stood together on picket lines, on demonstrations together” as well as his support in his campaigns.

He added: “I am proud now to stand with Roger in his campaign for general secretary.

“Roger is a pleasure to work with and brings energy and verve to everything he says and does about social justice in society and the strength of our trade unions to stand up for the rights and needs of the most vulnerable workers.”

Mr McKenzie then added he was proud of his links to Mr Corbyn, and would carry on the work of his leadership of Labour.

He added: “Policies that benefited our members, and society as a whole, were championed and at the heart of the Labour Party.

“I will ensure this remains the case and stand up for our workers inside the party.

The new appointment could then see Sir Starmer lose an important ally in retaining power over Labour.

All eyes are now on the general secretary election, widely considered to be a two-horse race between Mr McKenzie and Christina McAnea, a moderate.

But she said to the Times she is not “looking for endorsement from the Labour Party”, and said she aims to influence the party.

He recently made an extraordinary attack on fellow Labour MPs, accusing a majority of them for treating him with a “great deal of hostility”.

He added about the beginning of his tenure: ”I looked around and there weren’t too many people that I’d call close political friends.

“In fact there were about 15 of them out of the 650 MPs there. It was difficult, there’s no denying that.

“There are people in the Labour Party that don’t want change, that didn’t want that change.”