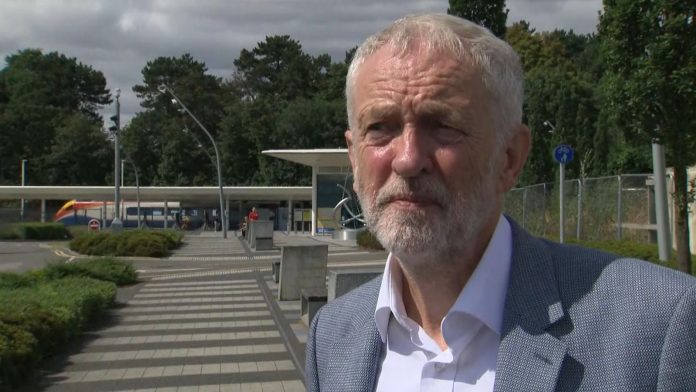 Jeremy Corbyn has sought to draw a line under a row over wreaths laid at a memorial for Palestinians, issuing a fresh denial that he paid tribute to suspected terrorists.

His office has said he “did not lay any wreath at the graves” of anyone accused of being behind the 1972 Munich massacre.

The Labour leader has also reiterated his condemnation of the “appalling” attack in Germany, which saw 11 Israeli athletes and a police officer killed.

Mr Corbyn has been pulled into a deepening row over his attendance at the 2014 wreath-laying ceremony in Tunisia since new pictures emerged in the Mail on Sunday, showing him holding a wreath reportedly standing near the graves of suspected terrorists linked to the attack.

Earlier in the week, Mr Corbyn did not rule out laying a wreath to the suspected terrorists.

On Monday, he said: “I was present when it was laid, I don’t think I was actually involved in it”, adding he was there to remember victims of an airstrike on a Palestine Liberation Organisation (PLO) base in 1985.

Pressed again on Tuesday to deny laying a wreath to suspected Black September activists who Israel alleges masterminded the Munich attack, Mr Corbyn said: “It was laid on the graves of all those that had died.”

The row was re-ignited last week despite Mr Corbyn telling Sky News in May 2017, when the allegations had first emerged, that he had “absolutely not” honoured them.

Speaking on a visit to Corby on Wednesday, Mr Corbyn tried to draw a line under the latest row by assuaging Ankie Spitzer, a woman whose husband was killed in the attack.

She had called on him to “apologise to the victims of terror” so they could be properly honoured.

Mr Corbyn declined to but said instead: “What happened in Munich was a disgrace and appalling and all of us condemned it at that time.

“I laid a wreath on behalf of many of us who were worried and concerned at the number of people – civilians, children – who were killed when Israel attacked the PLO centre and houses around it in 1985.”

“I have every sympathy for all those who lost lives anywhere – be it Munich, be it Tunis or be it anywhere else. The way forward has to be peace through dialogue.”

Mr Corbyn has been reported to Parliament’s standards watchdog, accused of failing to declare the trip he took in 2014.

Tory MP Andrew Bridgen made the complaint, alleging “a serious breach” of Commons rules and demanding an investigation.

Mr Corbyn said he did not declare the trip because it was under the £660 threshold needed for MPs to declare in the Register of Members’ Interests.