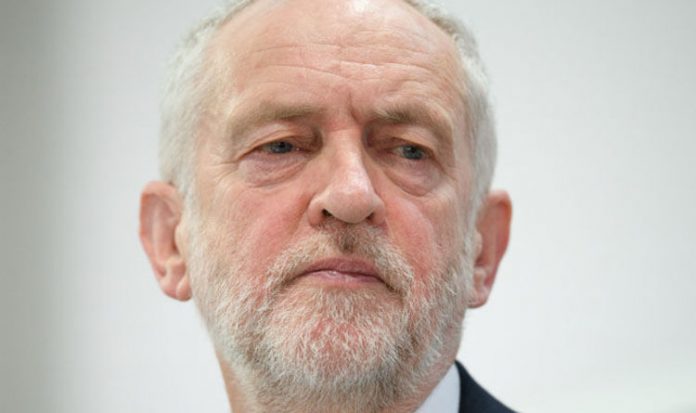 It was the Labour leader’s first comment on reports that he was at a ceremony 2014 at the Palestinian Martyrs’ Cemetery in Tunisia paying tribute to some of the Black September militants who are buried there and who allegedly tortured and killed 11 Israeli athletes at the 1972 Munich Olympics.

Labour initially insisted that Mr Corbyn, who had been at a political conference, was paying respects at a memorial to those killed by an Israeli air strike on Palestine Liberation Organisation offices in Tunis in 1985.

It also insisted: “Jeremy did not honour those responsible for the Munich killings.”

But a newspaper said the PLO memorial was in a different part of the cemetery and 15 yards from where the future Labour leader was pictured holding a wreath, in front of a plaque beside the graves of Black September members.

Nearby is also the grave of PLO intelligence chief Atef Bseiso, linked to the Munich attack and allegedly assassinated by Israeli secret service Mossad in Paris in 1992.

The names of three of the Munich attackers are also inscribed on the monument to the 1985 air strike.

On a visit to Walsall, Mr Corbyn told reporters: “A wreath was indeed laid by some of those who attended the conference to those that were killed in Paris in 1992.

“I was present when it was laid. I don’t think I was actually involved in it (laying it).

“I was there because I wanted to see a fitting memorial to everyone who has died in every terrorist incident everywhere because we have to end it.

Jewish Labour MP Luciana Berger, who has criticised Mr Corbyn for failing to crack down on anti-Semitism in the party, commented: “Being ‘present’ is the same as being involved.

“When I attend a memorial, my presence alone, whether I lay a wreath or not, demonstrates my association and support.

“There can also never be a ‘fitting memorial’ for terrorists. Where is the apology?”

In 2014 Mr Corbyn told The Morning Star communist newspaper that he had laid a wreath to those who died in the airstrike on PLO HQ and that wreaths were also laid “on the graves of others killed by Mossad agents in Paris”.

Widows of some of the Munich victims have condemned his graveside visit and demanded an apology.

Ilana Romano, whose weightlifter husband Yossef was castrated and shot dead in Munich attack, said Mr Corbyn should be ashamed: “A person who goes to the grave of killers doesn’t want peace.”

The row has intensified pressure on Mr Corbyn about his attitude to anti-Jewish bigotry, which in Labour is often linked to criticism of the Israeli government and its treatment of Palestinians.

The Labour leadership is resisting calls to adopt in the full international definition and examples of anti-Semitism.

Mr Corbyn said on Monday that Labour’s proposed definition was the “most sophisticated” of any political party’s.

He told reporters: “The one example that we are discussing and consulting on is one that makes sure that you can discuss and debate the relations between Israel and Palestine, the future of the peace process and, yes, make criticisms of the actions of the Israeli government in the bombing of Gaza and other places.

“But you can never make those criticisms using anti-Semitic language or anti-Semitic intentions, and that is what we are absolutely clear on.”

His official @IsraeliPM Twitter account declared: “The laying of a wreath by Jeremy Corbyn on the graves of the terrorist who perpetrated the Munich massacre and his comparison of Israel to the Nazis deserves unequivocal condemnation from everyone – left, right and everything in between.”

The message appears to refer to footage which recently emerged showing Mr Corbyn telling an event in 2013 that Palestinians in the West Bank live “under occupation of the very sort that would be recognised by many people in Europe who suffered occupation during the Second World War”.

Labour says Mr Corbyn was “describing conditions of occupations in World War Two in Europe, of which there are multiple examples, not comparing the Israeli state to Nazis” and that the MP also had Soviet, Italian, British and US occupations in mind, not just Nazi Germany’s.