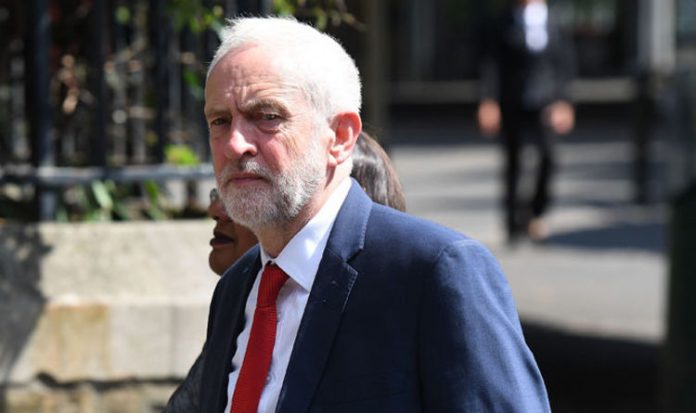 The opposition leader broke his silence on the claims of anti-Semitism within his party on Friday night in a column for a national newspaper.

However, the timing of the publication of his statement has been criticised by some prominent Jews who argue Jewish community leaders will have been unable to respond to his remarks in time for the Saturday newspapers because they will have been preparing for their Friday evening service.

The article in Saturday’s Guardian also means many Jews will not see the article as some Orthodox Jews do not use electricity from Sunset on Friday until Saturday night.

The editor of The Jewish Chronicle, Stephen Pollard, tweeted: “So keen is Corbyn to engage with Jews that he publishes this (awful) piece on a Friday night, for a Saturday paper.

“So not a single observant Jew can engage with it.”

After more than a fortnight of escalating tensions in Labour over the party’s handling of anti-Semitism, Mr Corbyn attempted to address the problem.

Admitting there is a “real problem” of anti-Semitism in his party, the politician said he wanted members of the Jewish community to feel safe to engage with Labour.

He wrote: “I want Jewish people to feel at home in the Labour party and be able to play their full part in our work to take our country forward.

“And I appreciate that this cannot happen while antisemitic attitudes still surface within Labour, and while trust between our party and the community is at such a low ebb.”

The definition is already accepted by the police, 132 local authorities and the Scottish and Welsh governments.

However, Mr Corbyn insisted on altering what can be deemed as anti-Semitic.

In another move likely to infuriate Jews, the left-wing politician used his Guardian article to defend his changes.

He wrote: “Seven of the IHRA examples were incorporated word-for-word. And I believe the essence of the other four have also been captured.

“It is unfortunately the case that this particular example, dealing with Israel and racism, has sometimes been used by those wanting to restrict criticism of Israel that is not antisemitic.

“The Commons home affairs committee acknowledged this risk when it looked at the IHRA examples.

“But I feel confident that this outstanding issue can be resolved through dialogue with community organisations, including the Jewish Labour Movement, during this month’s consultation.”