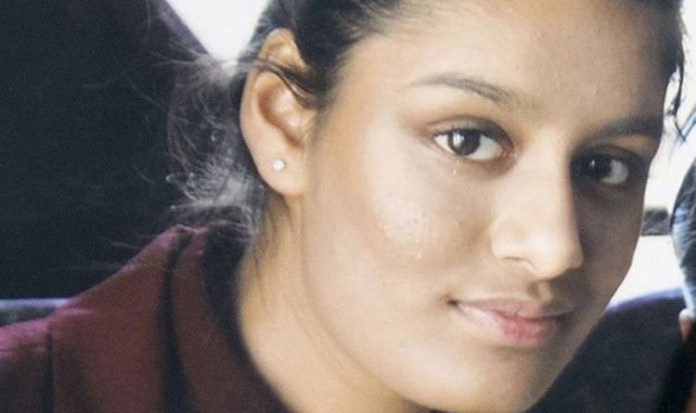 In a ruling welcomed by Home Secretary Priti Patel, the Supreme Court’s five law lords said the 21- year-old’s right to a fair hearing did not trump public safety. Security chiefs had feared a ruling in Begum’s favour would pave the way for up to 150 others stripped of their citizenship to follow the same route. Begum, wearing sunglasses, a jacket, T-shirt and leggings, walked silently back to her tent at the al-Roj refugee camp in Syria after learning of the court’s decision.

Her friends said: “She’s very angry. And she’s very upset and crying. She doesn’t want to talk to us.” Begum was 15 when she and two other east London schoolgirls travelled to Syria to join Islamic State in February 2015.

Her citizenship was revoked by then-home secretary Sajid Javid on national security grounds shortly after she was found about to give birth in a refugee camp in 2019.

Begum, who married an IS fighter from the Netherlands, had already lost two children. The third died shortly after being born.

Last July, the Court of Appeal ruled the only fair way forward was to allow Begum into the UK because she could not appeal effectively from the Syrian camp.

The Home Office challenged the ruling at the Supreme Court in November. It said allowing her to return to the UK would create “significant national security risks” and expose the public to “an increased risk of terrorism”.

Supreme Court president Lord Reed said yesterday: “The right to a fair hearing does not trump all other considerations, such as the safety of the public.”

The law lords also criticised the appeal court for making its “own assessment of the requirements of national security” and ignoring the Home Secretary “despite the absence of any relevant evidence before it, or any relevant findings of fact by the court below”.

The ruling means Begum can still challenge the removal of her citizenship, but will have to do it from abroad.

Downing Street said it was “pleased” with the Supreme Court decision, which Mr Javid said he “strongly welcomed”.

Ms Patel, who has vowed Begum will never be allowed to return to the UK, said: “The Government will always take the strongest possible action to protect our national security and our priority remains maintaining the safety and security of our citizens.”