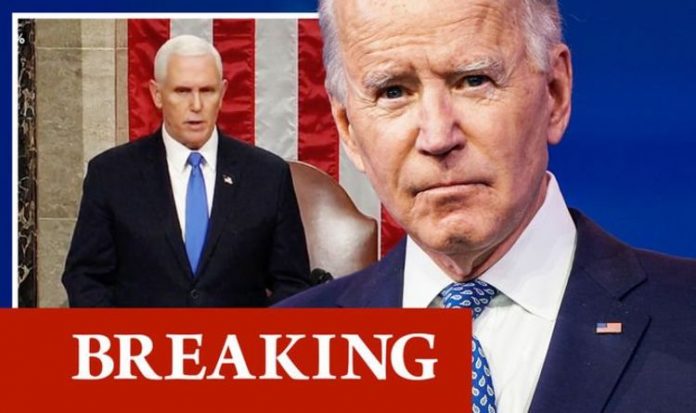 Democrat Biden was cleared to be sworn in on January 20 after Vice President Mike Pence declared Congress had confirmed the Electoral College tally.

Last night, supporters of Donald Trump had stormed the US Capitol in an attempt to delay the peaceful transition of power.

Four people were killed and dozens arrested in chaotic scenes, with politicians forced to shelter in place before being evacuated.

In a statement, Mr Trump said: “Even though I totally disagree with the outcome of the election, and the facts bear me out, nevertheless there will be an orderly transition on January 20.

“I have always said we would continue our fight to ensure that only legal votes were counted.

“While this represents the end of the greatest first term in presidential history, it’s only the beginning of our fight to Make America Great Again!”