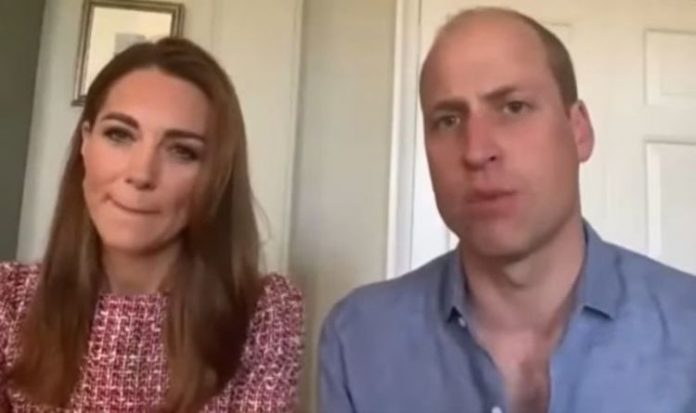 Kate, Duchess of Cambridge, and Prince William’s five-year streak attending the BAFTAs may come to an end this year after the British film award show was pushed back from February to April. Royally Obsessed podcast hosts Roberta Fiorito and Rachel Bowie discussed the Duke and Duchess’ attendance of last year’s Royal Albert Hall ceremony, in which they suffered a lot of jokes at their expense. One particular quip about Prince Andrew and Prince Harry seemed to leave the couple feeling “awkward”, according to the commentators.

American comedian Rebel Wilson had said on stage: “It is really great to be here at the Royal Andrew, no, Royal Harry, no sorry, Royal Philip…Royal Palace place.”

The audience could be heard gasping and clapping in amazement.

Although William and Kate had laughed at an earlier royal joke in the show, it wasn’t the case for this one.

A cut to the couple in the audience showed that their faces were stone straight.

“They were definitely not laughing and were looking a little more awkward.

“There’s definitely a contrast between the Andrew and Harry references.

“William loves Harry as a brother, but Andrew’s situation is much bigger.”

It wasn’t the only royal joke that the couple had to sit through at that particular show.

Veteran actor Brad Pitt was absent from the actual ceremony, but still slipped a Prince Harry quip into his thank-yous.

“It says that he’s going to name this ‘Harry’ cause he is really excited about bringing it back to the States with him.”

However when the camera pans to William and Kate this time, they are laughing and joining in on the joke.