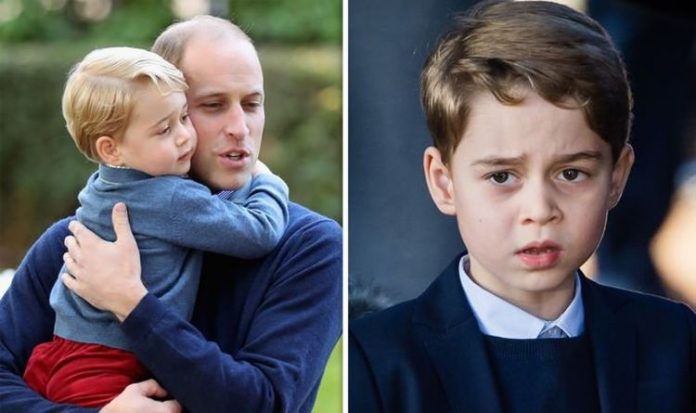 Kate and William are now lauded as excellent parents and praised for their children’s good behaviour in public. Their children, seven-year-old Prince George, five-year-old Princess Charlotte and two-year-old Prince Louis, are often present at public events but rarely act up. Yet, the Duke and Duchess of Cambridge were criticised when they were new parents for choosing a particular way to raise George.

The couple took their eight-month-old firstborn on a royal tour of Australia and New Zealand back in 2014 — but faced scrutiny on their very first day.

Before the couple had even landed in New Zealand, the country’s national childcare advisory agency Plunket released a photograph of one of the couple’s staff fitting a forward-facing car seat into the Cambridges’ official car.

This went against Plunket’s official guidelines that parents should keep children in rear-facing car seats until they are two years old.

A local Facebook page was quickly filled with frustrated parents who accused Plunket of hypocrisy.

One parent posted: “If it was anyone of us New Zelanders, we would have got a horrible look from passers-by.

“Is it because they are royals that you seem to think rules don’t apply?”

However, the company replied saying the seat had been chosen by Kate and William rather than its own staff.

Kate and William were also branded “irresponsible” by royal fans in the process, even though UK Government guidelines state that babies only need to be carried in rear-facing seats until they can sit up without help.

At almost nine months old, George was able to sit up unaided.

Additionally, it was later revealed that William and Kate had been conscious about their son’s safety in the car before.

They had been “slightly terrified” about putting their son into a car seat for the first time after his birth in 2013.

Kate confessed in a podcast for Happy Mum Happy Baby back in January that William had even been practising on a doll beforehand, so that he could get it right.

Meghan Markle also faced intense scrutiny for her approach towards her one-year-old son Archie during his first few months.

She was shamed for how she held her son at a polo match, although experts claimed that Archie was fully supported at the time.

She and Harry have since relocated to California, as they want to raise their son away from the public eye and as a private citizen.