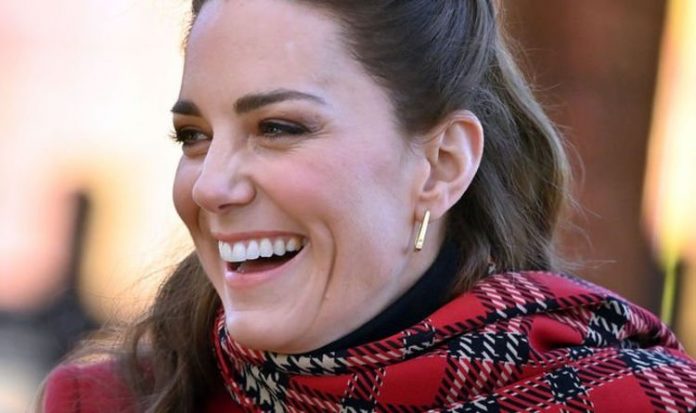 The Duchess of Cambridge turns 39 at the weekend.The family-of-five will be locked down for the celebration this year, which is on Saturday, January 9.

The occasion was marked last year by an image, shared on the KensingtonRoyal Instagram, of the Duchess smiling as she sits on a fence. Its caption thanked well-wishers.

William, 38, met fellow student Kate at the University of St Andrews in 2001.

They married in April 2011 at Westminster Abbey – meaning their tenth wedding anniversary is also on the horizon.

Things are, of course, much different at the beginning of 2021 as the UK is under tough Covid-19 restrictions.

England is entering its third national lockdown which includes an order to stay at home and is likely to be in place until March.

But this was scuppered by restrictions imposed before Christmas following the emergence of the coronavirus mutation, said to be up to 70 percent more transmissible.

Kate has been widely praised for her mothering after a video of Charlotte, five, went viral.

It shows the youngster curtsying to the Queen after the 2019 Christmas Day service at St Mary’s Magdalene church.

Her popularity around Europe has also been highlighted in the results of a new poll.

It asked 1,000 women in Germany their opinion of who is the most popular of the princesses and young queens.

Princess Victoria of Sweden topped the poll with 18 percent. Kate came a close second with 16 percent of the vote.

Queen Máxima of the Netherlands came third with 14 percent.

Crown Princess Mary of Denmark, Queen Mathilde of Belgium and Princess Charlène received one percent each.

Under lockdown measures, people living in England will only be able to go out for essential reasons.

Outdoor exercise is permitted once a day.