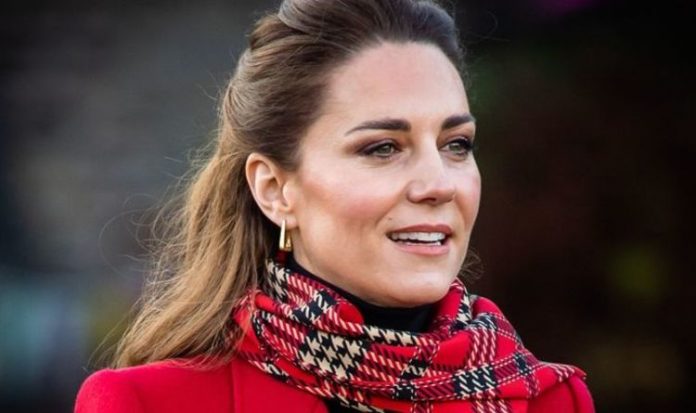 Kate and Prince William opened up on their struggles over who and where to spend the holidays this Christmas during their visit to Cardiff. The Duke and Duchess of Cambridge spoke to a group of university students in the Welsh city on their last day of Royal Train Tour.

Their conversation focused on the impact the coronavirus pandemic and the restrictions in place have had on the students’ mental health.

However, they also chatted about the students’ arrangements for Christmas – and spoke about their lack of plans at the moment.

Prince William told the students: “It is so difficult.

“We are still trying to make plans. It’s difficult to know what to do for the best.”

The Government has established the current coronavirus restrictions will be eased between December 23 and 27 in England, Wales and Scotland.

JUST IN: Meghan and Harry hit back at claims they want to rival Queen’s honours

In Northern Ireland, the restrictions will be eased between December 22 and 28.

The regulations in place during these days will allow up to three households to gather in their homes, in a garden or public space or in a place of worship.

These households, forming a Christmas bubble, will need to remain the same throughout the festive period.

This means people meeting on Christmas Day will not be able to gather on Boxing Day with any other households but the ones they have already met.

However, people will be allowed to hold social distanced meetings outside with those who are not included in their bubbles if they abide by the rule of six.

Kate, Prince William and their three children could choose to spend their Christmas festivities with Carole and Michael Middleton.

However, Kate’s parents have two more children – Pippa and James.

This means that, if the Cambridges were to join Michael and Carole over the festive period, one of the Duchess’ siblings would not be allowed to take part in the gathering.

Prince William’s father, Prince Charles, and his wife Camilla, Duchess of Cornwall, are to spend Christmas Day quietly at home.

However, a source told Vanity Fair they are also planning to split over the festive period to be able to visit their closest relatives.

Prince Charles is tipped to be travelling to Windsor Castle, where the Queen and Prince Philip are self-isolating, and likely hold a brief and socially-distanced meeting with them.

On the other hand, Camilla is said to have planned to meet her two children, Tom and Laura, and grandchildren.

The Queen and Prince Philip have already announced they are not to travel to Sandringham this Christmas – for the first time since 1988.

In a statement, Buckingham Palace said: “Having considered all the appropriate advice, The Queen and The Duke of Edinburgh have decided that this year they will spend Christmas quietly in Windsor.”

The monarch is understood to feel “fortunate” for having been able to spend Christmas Days surrounded by her extended family for many years.