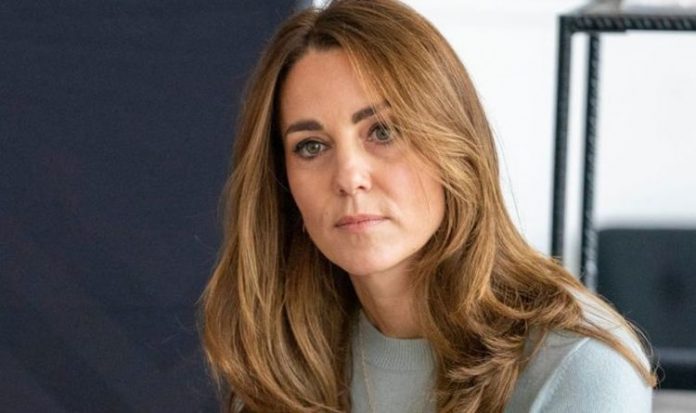 Twitter users lashed out at Kate as she prepares to deliver a keynote speech on the biggest study on the early years ever carried out in the UK. The Duchess of Cambridge was accused by some social media users of not having the right background to speak on the matter – despite having dedicated the past 10 years to deepen her knowledge of this topic.

Other Twitter users attacked Kate for “scolding” them in a sneak peek video in which she revealed only one in four of those polled recognise the specific importance of the first five years of a child’s life.

Twitter user KBF said: “Why is a member of the Royal Family involving themselves in the way people raise their children?

“It’s none of her business. The royals and the state need to stay out of people’s lives.

“She has a degree in the history of art not child psychology.”

Another user, named puscholar, said: “Does she have any educational background (a bachelors/masters degree/ training) to lecture a nation?”

Twitter user with the nickname gelatinous rex added: “I’m sorry….you are scolding us??

“For bogus answers to a completely junk survey. Oh lord…”

Another social media user, PrincessNutNuts, said: “This is a bit silly… she has nannies chefs cleaners at her disposal.. what does she know about bringing up kids!”

The voices of these critics were balanced by the dozens of positive feedback social media users published on Twitter yesterday, upon the unveiling of the findings.

Holly wrote: “Wonderful project that the Duchess of Cambridge is involved with.

“She is obviously passionate about children. Highly commendable work.”

A royal fan with the nickname Mr Flinn – The Cat said: “She is absolutely amazing. Princess Diana would have adored her I’m sure.

And Kayla added: “THIS! It’s so important for us all (not just parents) to understand the impact nurture has on children and subsequently on adult life.

“Thank you to the Duchess, I look forward to listening in tomorrow.”

Today Kate will deliver a keynote speech focused on the five big insights gathered from the survey and the study that followed.

During the one-hour talk, the Duchess will also take questions from people listening at home.

Kate launched the 5 Big Questions survey on January 21, when she carried out a whirlwind 24-hour tour across the UK to raise awareness on her new project.

The survey was concluded in February and, as revealed by the Duchess, it had been undertaken by more than 500,000 people.

Kate’s survey stunned Ipsos MORI, which carried out the study, for the unprecedented response it has received from the public.

Kelly Beaver, the Managing Director of Public Affairs at Ipsos MORI, said: “Ipsos MORI has been conducting research with the public in the UK for over 50 years, and we have never seen a response like we did when the 5 Big Questions was launched.”

Since joining the Royal Family in 2011, Kate’s work has focused on childhood, mental health and the impact the first five years of life have on the development of children.

Ahead of today’s speech, Kate said: “Over the last decade I have met people from all walks of life.

“I have seen that experiences such as homelessness, addiction and poor mental health are often grounded in a difficult childhood.

“But I have also seen how positive protective factors in the early years can play a crucial role in shaping our futures.

“The early years are not simply about how we raise our children.

“They are, in fact, about how we raise the next generation of adults.

“They are about the society we will become.”

Kate’s early year project has been carried out within the Royal Foundation, the Duke and Duchess of Cambridge’s charitable platform.

The Foundation, created in 2009 by Prince Harry and Prince William, has also been responsible for the launch of other nationwide campaigns backed by the royals, including Heads Together, a mental health awareness project launched with Prince Harry as well as the Cambridges.