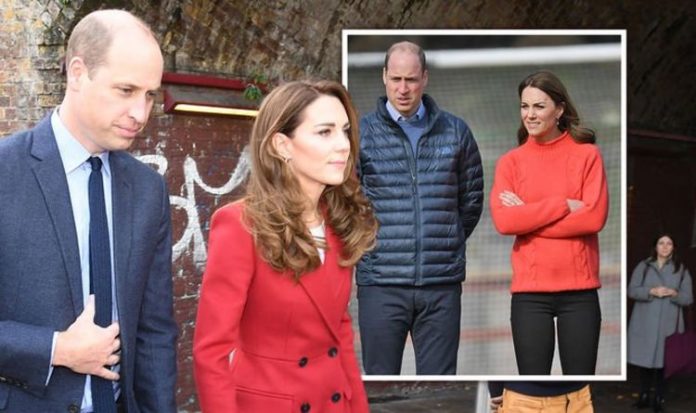 Graham Smith told Express.co.uk that the Duke and Duchess of Cambridge are struggling to get out of Meghan Markle and Prince Harry’s shadow. He suggested the changes the pandemic brought to their daily work may leave the pair struggling to carry out their duties. Republic is a group that campaigns for Queen Elizabeth II to be replaced by an elected, democratic head of state and the monarchy to be abolished.

Mr Smith said: “Well, I am not sure they really know what they are doing at the moment.

“The coronavirus has made it difficult for them to do anything of any value.

“They are different from the previous generation, it might look like they are being celebrities but I think they are trying to do the royal duty thing.

“But doing their royal duty is largely indistinguishable from being celebrities anyway.

“Ultimately, I think they are just a fairly uninspiring, boring couple that is probably struggling to get out of the shadow of Harry and Meghan.”

However, this view has been criticised by royal commentator Richard Fitzwilliams.

Mr Fitzwilliams told Express.co.uk: “William is heir to the throne and Kate will one day be Queen Consort.

“The difference between monarchy, which has roots in our past and is symbolic of national unity, and celebrity which is ultimately vacuous, is obvious.

The royal commentator added: “Duty is pivotal to members of the royal family.

“George VI and Queen Elizabeth epitomised it, especially during the War.

“The Queen has been dedicated to it throughout her life.

“William and Kate will, I am sure, be ideal for the tasks that face them, on current showing it certainly seems that way.”

The Duke and Duchess of Cambridge have not shied away from duty during the pandemic, stepping up and continuing to undertake engagements virtually and publicly whenever possible in a strong show of support for the Queen and Prince Charles.