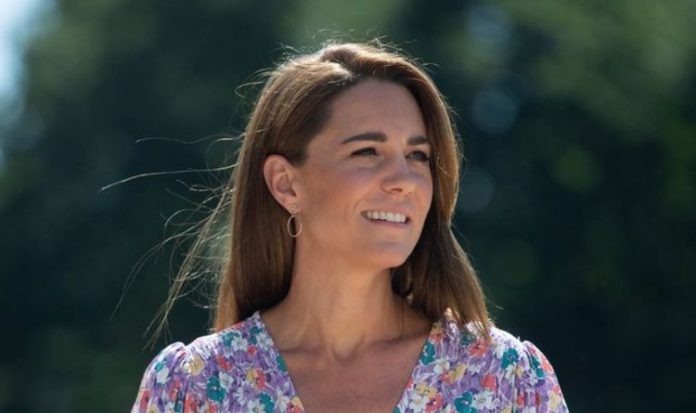 The Duchess of Cambridge stepped out on Tuesday with Prince William to meet the finalists of her Hold Still photography project. Later in the day, the royal couple headed to shoot content for the Pride of Britain Awards in London.

For the occasion, the Duchess wore a tailored blue suit with a light blue button-down, despite claims that the Queen may not approve of the style for women.

In March, the Duchess was seen wearing a pink suit paired with a white jumper during a visit to a London Ambulance Service call centre.

Other royal women who wear suits include Queen Maxima of the Netherlands to Queen Letizia of Spain.

A source previously told PEOPLE that Meghan “found certain rules in the royal household difficult to understand, like the fact that the Queen prefers women in dresses or skirts rather than trouser suits, and is often asking Harry why things have to be done in a certain way.”

The source added: “I think she finds it a little frustrating at times, but this is her new life, and she has to deal with it.”

The Duke and Duchess of Sussex on Tuesday launched a new website for their Archewell organisation, which they unveiled earlier this year.

“Well… a plentiful source or supply; a place we go to dig deep.”

It also features a privacy page which directly references Meghan and Harry.

It reads: “We may share the information we collect with other parties, including the following: With third-party service providers who process data on our behalf, such as email service providers; With other charitable, nonprofit, and for-profit ventures associated with The Duke and Duchess of Sussex that exist now or may be established in the future.”

In March, the Sussexes filed paperwork to register Archewell as an organisation.

At the time, they said in a statement: “Before Sussex Royal, came the idea of ‘Arche’ – the Greek word meaning ‘source of action’.