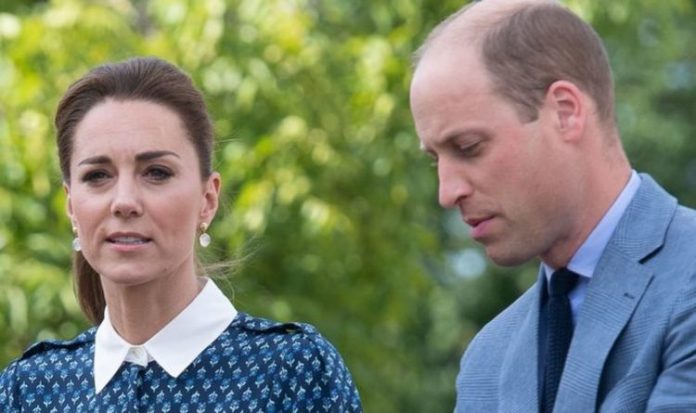 Royal fans were delighted after a new family photo of the Cambridges was released by Kensington Palace. This was published weeks after paparazzi shots of Kate, Duchess of Cambridge, and her and Prince William’s youngest son, Prince Louis, near Battersea Bridge emerged. Royally Obsessed podcast hosts Roberta Fiorito and Rachel Bowie discussed why the official picture was sent out.

Ms Bowie told listeners: “This is why they try to release their own photos, so the paparazzi don’t hound them for photos of their kids.

“They released their own family photos with Sir David Attenborough.

“He’s 94, which is amazing, and looks incredible too.

“He came to Kensington Palace and the kids met him outside in the garden after school on September 24.”

She continued: “He presented Prince George with probably the best gift you could possibly get a seven-year-old.

“That was a fossilised tooth of a giant shark that he excavated himself during a family holiday in Malta in the late 1960s.

“The shark that it came from is thought to 23 million years old.

“The tooth was massive too, like the size of George’s hand basically.”

‘A Planet for Us All’ will be released on ITV about the royal’s global mission to champion action for the natural world.