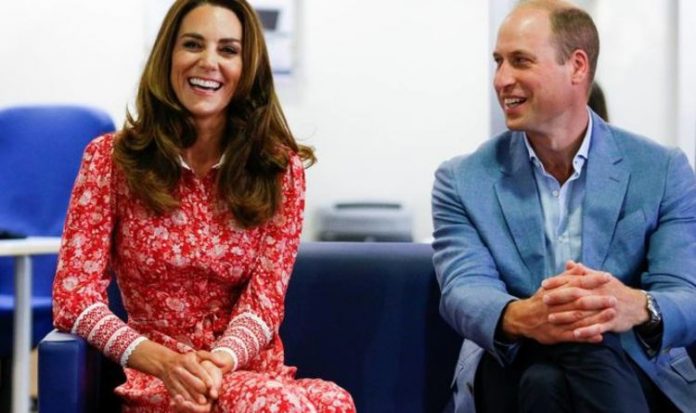 The Royal Foundation website used to feature small photos of the pair and was filled with streams of text about the couple. But now it features a sleek new design with their titles “Duke and Duchess of Cambridge” centre stage across the main page underneath the “Royal Foundation” header. There are also updated pictures of Kate and William from their latest engagements this year stretched across the whole webpage.

The future king’s global environmental competition aims to encourage the public, scientists and businesses to come up with ideas, solutions and technologies to “repair our planet” within 10 years.

He added he feels the world is at a “tipping point” and that he wants to “hand the planet in a better state than we found it” to his children and grandchildren.

William admitted the project was part of his preparation for when he takes on the role of king.

The project features five categories or Earthshots, which the organisers say that could improve life for everybody if they are achieved by 2030.

Every year from 2021 until the end of the decade, winners in the five Earthshots will each receive £1 million.

Mr Attenborough, who has supported the project from the beginning, revealed he wanted to get involved because the “writing is on the wall”.

“Suddenly there are real dangers that there may be a tipping point in which the ice caps of the North Pole begin to melt – which it’s doing already.

“People can see it’s happening and it’s a matter of great urgency now.”

The Duke added he is “struggling to keep the optimism levels going” with his children, but finds Mr Attenborough’s documentaries helpful.

He said: “It’s amazing, at bedtime, when I can corral the children, I just shout ‘We’re going to watch one of David’s documentaries’ and they come herding in.