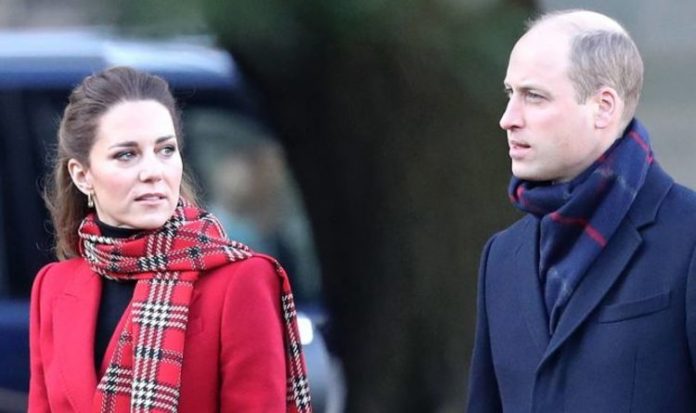 Kate Middleton and William speak with shielders about pandemic

The Duke and Duchess of Cambridge could face an uncertain future when they step up their role within the Royal Family after William’s father Prince Charles ends his reign as King. Graham Smith, of anti-royal group Republic, told Express.co.uk the Queen was the only member of the Royal Family “sustaining support” for the Firm. He added support for the monarchy could change after the Queen steps down, particularly as Kate and William have only managed to attract a younger generation of royalists for the time being – and even this is waning.

He said: “Kate and William are no longer ‘young’ and they struggle to inspire much enthusiasm or excitement beyond the minority hard core of royalists.

“And whether we keep the monarchy or not really doesn’t come down to who’s on the throne or next in line.

“Increasingly Britain is a smaller republican country, we believe in democracy, the right to be heard, the right to govern ourselves and we don’t buy into the snobbery or elitism that the monarchy represents.

“The Queen is the one sustaining support for the institution, when she’s gone change will be increasingly likely.”

Kate and William have been warned they may not inspire the public as King and Queen (Image: GETTY)

He wrote on Twitter: “There is no call in Parliament for a referendum.”

Prince William and Kate have kept up with their royal duty during the Covid and adapted to a new virtual way of carrying out their engagements over the last year.

Most recently, The Duke and Duchess held a video call with two clinically vulnerable women who have been shielding since last March.

The Duke and Duchess of Cambridge will take over when Prince Charles steps down (Image: GETTY)

William also warned against “rumours and misinformation” on social media about coronavirus jabs.

His words came just days after the Queen encouraged those hesitant about vaccination to “think about other people rather than themselves”.

William said: “Catherine and I are not medical experts by any means but if it’s any consolation, we can wholeheartedly support having vaccinations. It’s really, really important.

“We’ve spoken to a lot of people about it and the uptake has been amazing so far. We’ve got to keep it going so the younger generations also feel that it’s really important for them to have it.

Kate and William may not keep the same interest from royal fans as the Queen does (Image: GETTY)

“Social media is awash sometimes with lots of rumours and misinformation, so we have to be a bit careful who we believe and where we get our information from.

“Especially for those who are clinically vulnerable as well, it’s so important that those vaccinations are done, so good luck.”

William and Kate could be facing further public upheaval later this week as it has been claimed Prince Harry could be “pretty icy” about his brother when his interview with Oprah is aired at the end of the week.

Mr Fitzwilliams used last year’s Finding Freedom biography by Omid Scobie and Carolyn Durand and as an example of how the Cambridges have been curt about William.

Prince William is currently second in line to the throne (Image: EXPRESS)

He said: “It goes into how William had doubts about Meghan, and that Kate wasn’t as welcoming as she could have been.

“There is a very good chance, if Finding Freedom is anything to go by, that they will be pretty icy about the Cambridges on Oprah.”

Mr Fitzwilliams added Prince Harry could “get angry” during the interview and even criticise Wiliam.

The royal commentator told Us Weekly’s Royally Us: “There is no doubt that relations between the brothers are very, very distant.

Meghan and Harry could cause further disruption to Kate and William (Image: GETTY)

“Harry brought these rumours out into the open during the ITV interview with Tom Bradby in Africa.”

Mr Fitzwilliams was alluding to Prince Harry previously admitting he was on a “different path” to his brother, hinting they were not as close as they once were.

“We don’t see each other as much as we used to because we’re so busy but I love him dearly.

The monarchy could be facing an uncertain future (Image: GETTY)

“The majority of the stuff is created out of nothing but as brothers, it’s just as I said, you have good days, you have bad days.”

But the brothers have reportedly kept in touch with each other through video calls during the pandemic despite living on opposite sides of the Atlantic.

Royal expert Katie Nicholl told Entertainment Tonight: “Fast forward to today, the relationship is much better than it was.