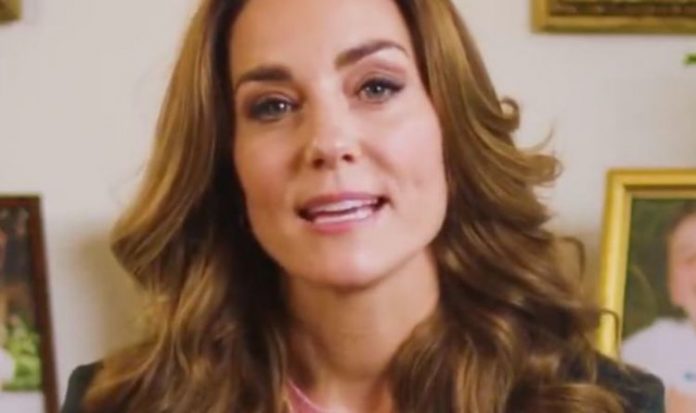 Kate and Prince William’s Twitter account, Kensington Royal, shared a clip of the Duchess of Cambridge in which she revealed the results of the successful 5 Big Questions survey are to be unveiled later this week. The Duchess herself will share five of the biggest insights gained from the nationwide survey she spearheaded between January and February.

And, she said in the video, she will also speak directly to royal fans by answering some of their questions.

Kensington Royal tweeted: “Join us this week as we announce the results from the 5 Big Questions survey, reveal the #5BigInsights, and take your questions. This is just the beginning…”

In the video, Kate acknowledged 2020 has been “hugely challenging” for the country due to the ongoing coronavirus pandemic.

The pandemic, the Duchess added, has made it crucial to cast a new light on parenting, families and the early years.

In the video, Kate said: “Earlier this year, we asked you give big questions about raising our under-fives.

“We wanted to hear what you think about the importance of the earliest years of our children’s lives.

“More than half a million of you answered that call.

“So we have taken your input and combined it with even more public research, to produce the UK’s biggest ever study on the early years.

“This year has been a hugely challenging time for us all, and there hasn’t been a more important moment to talk about families.

“Later this week, we will share five big insights we have discovered and I’ll take your questions.

“This is just the beginning, and I want to thank you for starting a conversation because we are all on this journey together.”

News the results of the study are to be unveiled later this week sent royal fans into a frenzy.

One royal fan account called Cambridges News wrote on Twitter: “‘This is just beginning…’ I’m so excited!! I’ve been waiting for this day for a long time.”

Another Cambridges’ fan The Duke and Duchess of Cambridge Court account added: “Over half a million responses. I’m one!

“I can’t wait to find out the findings and to get involved with you on the projects and programmes that come from it.”

A third Twitter user called Only The Truth added: “This is another fantastic project from the Cambridges!

“Britain, you are so lucky especially now when the world has turned upside down but you have your Royal Family to inspire, give hope & work on projects like this!”