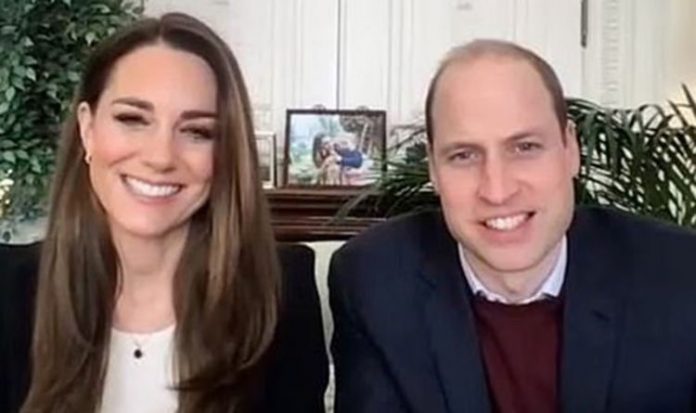 Kate Middleton “helped to save” Prince William, according to royal biographer Angela Levin. Speaking to True Royalty TV’s The Royal Beat, Ms Levin said that William was stuck in a “very difficult place” emotionally before marrying Kate. Ms Levin heaped praise on the Duchess of Cambridge, as the royal couple approach their 10th wedding anniversary.

Ms Levin, the author of Harry: Biography of a Prince, told The Royal Beat that Kate made William feel important and introduced him to her “normal family”.

She cited William’s “dysfunctional upbringing” inside the royal household, adding that the Duke struggled immensely with the loss of his mother, Diana.

The Duke of Cambridge was just 15 years old when Diana died in 1997.

The young royal also grew up amidst his parents’ very public marriage breakdown and separation.

Ms Levin said: “I think that Kate has helped save William.

“I think it was very difficult for him coming out of a dysfunctional family, losing his mum so young.

“I think he was in a very difficult place to have a long, strong relationship.

“She has really encouraged him. Her whole life is to make him happy, I think.

The Queen is understood to be preparing “a surprise” to honour the Duchess’ 10th year inside the Royal Family.

On the couple’s eighth anniversary in 2019, the Queen bestowed a huge seal of approval by making the Duchess a Dame Grand Cross of the Royal Victorian Order.

Royal expert Duncan Larcombe told OK! magazine: “It’s highly likely she’ll be planning a special secret something to honour Kate’s 10 years in the royal family – something she can do to mark it.

“Kate and the Queen have a fantastic relationship.”