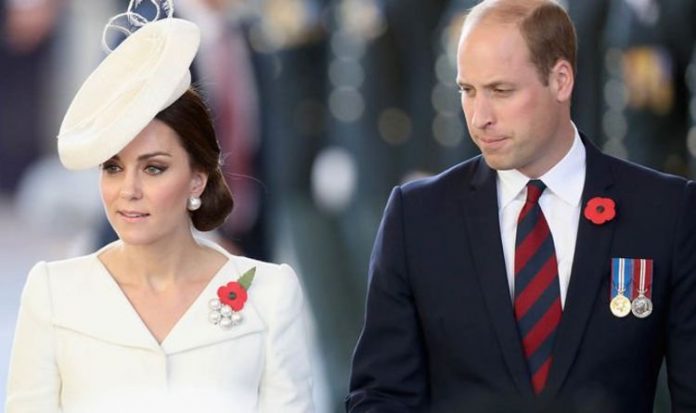 Kate and Prince William are careful to follow in the Queen’s footsteps and usually don’t showcase their affection for one another in public. However, the Duchess of Cambridge made a heartwarming revelation earlier this week about her husband which laid bare their partnership and offered a rare glimpse into their relationship.

During the video chat, snippets of which have been released online by Kensington Palace, the Duchess of Cambridge took part in a show-and-tell exercise which focused on how parenting has changed during the pandemic and three national lockdowns.

Headteacher Melissa Loosemore, who led the exercise, asked the parents to write on a piece of paper who has been the greatest support to them during the pandemic.

Kate, smiling, wrote down William’s name and shyly showed it to the camera.

The other three parents also gave similar answers, mentioning their partners and children.

Ms Loosemore commented on their responses with a joke, saying: “That’s lovely, lovely to hear.

“We don’t want it to be Bridgerton or something like that do we?”

Both Kate and Prince William, who are celebrating their 10th wedding anniversary in April, are said to be hands-on parents who equally pull their weight when it comes to the education of their children.

“Thomas’s Battersea expects a hands-on approach from parents, that’s part of the reason they picked it.”

Ms Nicholl added Kate and Prince William are both mindful about the balance between their children’s screen time and time spent outside and often go on walks together to make sure George, Charlotte and Louis get enough physical exercise and fresh air.

In a BBC interview aired in April last year, Prince William joked about becoming his children’s teacher, saying “homeschooling is fun” while Kate was speaking about the challenges it presents.

Not taking herself too seriously, Kate even joked about her knowledge.

Ms Loosemore asked the parents to rate their match after months of homeschooling.

Kate, laughing, gave herself a -5 while other parents were kinder to themselves and graded themselves with higher marks.

Looking at the scores the others gave themselves, Kate said: “I’m right at the bottom!”

The headteacher, joking, told Kate: “We have special paper’s packs for people like you, if you need one just let us know!”

Prince William also hinted at some difficulties at grasping maths when he joined Peter Crouch podcast.

The Duke, asked what he had learned during the first lockdown, candidly said: “Probably that my patience is a lot shorter than I thought it was and that my wife has a lot of patience.”

He added: “I was a bit embarrassed about my maths knowledge – I can’t do Year 2 Maths!”