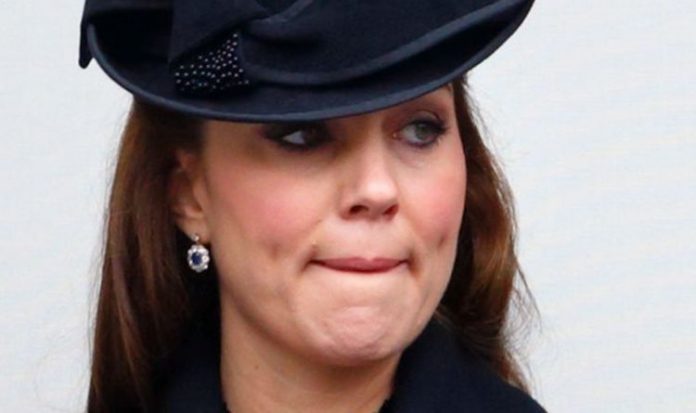 Mr Caprarica told the Amica Io podcast: “I said before the dynasty has been saved by the women. And the next savior will be Kate.

“If one pays attention, through the history of this family, women are vital – Victoria reigned nearly 70 years, Queen Elizabeth II is at nearly 68 years of reign.

“When the Queen is no longer there, it’s clear the centre of the Royal Family will be Kate.”

The commentator suggested the Duchess of Cambridge will be taking on the pivotal position after showcasing the necessary traits to ensure the survival of the Royal Family.

He continued: “She’s got charisma, beauty, poise and intelligence. So many nice things you need to be a Queen nowadays.

“It will once again be a woman who guarantees the survival of the dynasty.

“However, I must point out William has absolutely none of those dissolute, libertine traits that characterised his male ancestors – all of them, from the first Hanoverian George I to, yes, Prince Charles.

“Although Prince Charles had always been faithful to the same woman, she just happened not to be the one he married.”

The Queen herself paid personal tribute to the Duke of Edinburgh on several occasions for the support he had shown her through their marriage.

In a speech marking their 50th wedding anniversary in 1997, Her Majesty thanked him for providing her with the “strength” necessary to face the pressure of royalty.

She said: “All too often, I fear, Prince Philip has had to listen to me speaking.

“Frequently we have discussed my intended speech beforehand and, as you will imagine, his views have been expressed in a forthright manner.

“He is someone who doesn’t take easily to compliments but he has, quite simply, been my strength and stay all these years, and I, and his whole family, and this and many other countries, owe him a debt greater than he would ever claim, or we shall ever know.”