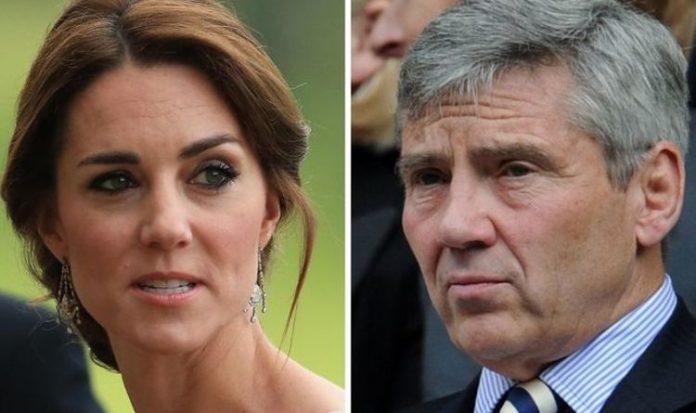 The move was unprecedented, as it is extremely rare for members of the Royal Family, or their spokespeople, to comment on matters of health.

This April, Kate will mark another landmark day in her life, as she and Prince William commemorate 10 years of marriage, after they wed in a spectacular ceremony in 2011.

Kate became one of the most talked about women on the planet, after she dazzled in her dress, made by designer Sarah Burton, director of fashion firm Alexander McQueen.

Such was the beauty of Kate’s dress, her father Michael Middleton was reportedly close to tears, and was told by her daughter to not cry as it could “set her off”.

According to Katie Nicholl, a royal author, Michael’s near-breakdown came as he readied himself to walk his eldest daughter down the aisle.

She said: “When her father looked as though he might falter on their journey to the Abbey, Kate had begged, ‘Please, Daddy, don’t cry. It will set me off, too.’

“She had managed only a bite of toast that morning and had been up since six, but Kate did not once let her emotion get the better of her.”

JUST IN: Kate’s desire to return to work could be made difficult by crisis

Marcia Moody wrote in her 2013 book Kate: A Biography exactly what William said in the moments before they declared their vows.

She said: “The couple set eyes on each other, and William murmured to Kate, ‘You look beautiful.’”

This, reports suggest, is similar to what Prince Charles muttered to Diana during their wedding at St Paul’s Cathedral in 1981.

Michael and William also shared a joke, Ms Moody claimed, with the Duke of Cambridge reportedly telling his father-in-law it was “just a quiet family wedding”.

She added: “Michael later said he wasn’t nervous because he had Kate on his arm, and even told friends it felt like a dream until he opened the newspapers the following day.”

Ms Nicholl then concluded: “As they proceeded out of the Abbey to music performed by the London Chamber Orchestra and into the Queen’s 1902 State Landau, Kate turned to her husband. ‘Are you happy?’ she asked him, already showing the traits of a diligent wife.”

Before their wedding thousands of people lined the streets of London, camped out to watch the couple drive down the Mall in London for the first time as a married couple.

Such was the excitement he felt the night before his wedding day, William decided to surprise fans by going on a walkabout to shake hands with those camped out.

Harry joined William and joked with spectators that he was “going to sleep out here tonight… the atmosphere is fantastic,” while William told onlookers that he hoped “to get my lines right” on the big day.