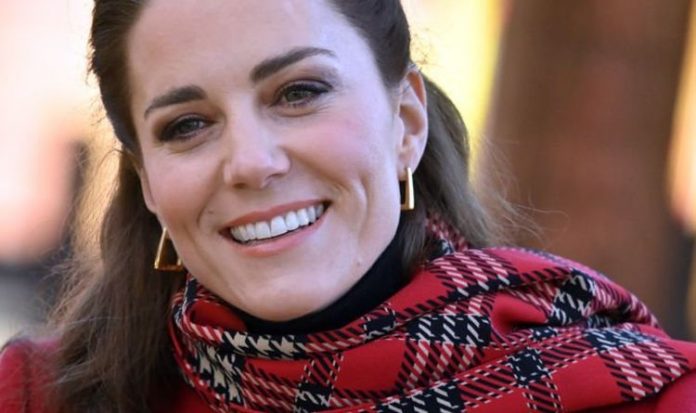 Back in March, the Duchess of Cambridge, was spotted sneaking an enchilada dinner kit into her shopping cart during a low-key outing at her local Sainsbury’s supermarket in Norfolk.

As she walked through the aisles with Prince George, Princess Charlotte and Prince Louis she picked up the surprising dinner kit.

The easy family meal kit surprised a fellow shopper who spotted the Duchess and her children in the store.

Kate Carter, the local mother, told PEOPLE: “You wouldn’t have thought anything different about her.

“It was just a normal shopping day out.

“The kids weren’t playing up, they weren’t misbehaving.

A source close to the royal household said shopping for an at-home Mexican night for Prince William is “very much her”.

The source said: “Even if she were married to a banker, I don’t think she would be much different.

READ MORE: Kate and Prince William have ‘no airs and graces’ at home

“And I was worried what to give the Queen as her Christmas present.

“I was thinking, ‘Gosh, what should I give her?’

“I thought back to what would I give my own grandparents and I thought, ‘I’ll make her something’, which could have gone horribly wrong, but I decided to make my granny’s recipe of chutney.”

She explained how she was “slightly worried about it” but the chutney was featured in the Christmas meal the following day.

A friend close to the couple claimed Kate is “very chilled at home” and William even makes the tea.

They said: “At the end of the day, she’s in training to be a future Queen, but honestly you would never know it.

“It’s a lovely, welcoming house, not a fancy, stuffy palace in any way.

“It’s a normal, busy family home with kids running around and knocking things over.

“There’s no airs and graces.”

William and Kate revealed a glimpse into their country life in Norfolk in their Christmas card photo, which was released yesterday.