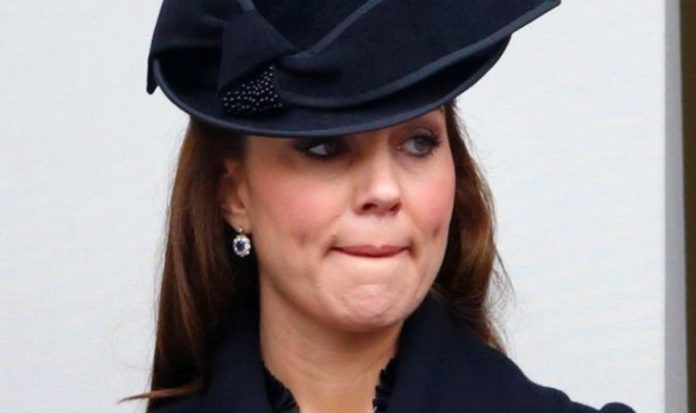 Kate, Duchess of Cambridge, faced backlash after she wore a “very cheap dress” during her 2016 royal tour. Bethan Holt, author of ‘The Duchess of Cambridge: A Decade of Modern Royal Style’, spoke to the Royally Obsessed podcast about the royal’s blunder. The Telegraph’s Fashion News and Features Director was asked if the future queen consort had ever “had a [fashion] miss”.

She told listeners: “Well, there’s one that I bring up in the book, which was when she went to India.

“She wore a very cheap dress that was by this high street brand.

“It was perhaps slightly murky in terms of where it had been made.

“Maybe that didn’t read so well when she was visiting a very poor area in India.”

Kate and Prince William had undertaken a tour of India in April 2016.

During the trip, they visited slums and children benefiting from charities such as Childline India.

The Duchess donned a Topshop frock for this, despite the brand having previously come under for refusing to comply with safety standards and profiting from workers paid less than £4 a day.

At the time, a famous Indian novelist and columnist, Shobhaa Rajadhyaksha, slated the royal for being “out of touch”.

She added: “[Kate] has really embraced fashion much more in the past few years.

“That made the book really exciting and more possible.”

Podcast host Rachel Bowie agreed: “I feel like with some of the earlier outfits I’m almost shocked at how not trendy they are.

“It’s almost a little bit cringey, I hate to say.

“But it’s like looking back at yourself in 2010 and wondering what on earth you were wearing.”