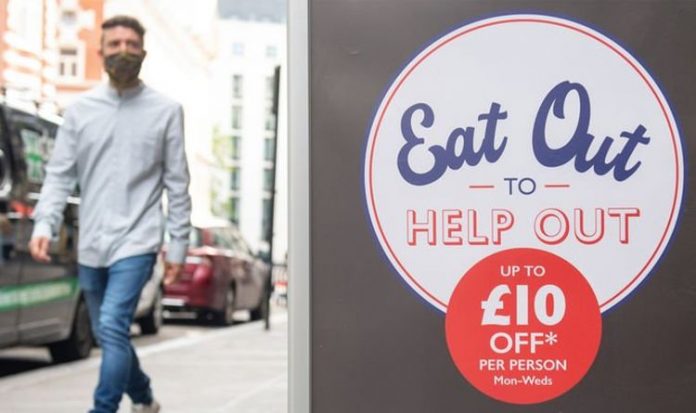 The Chancellor may bring back the scheme in a bid to boost the hospitality sector – which won’t be allowed to reopen until this summer. The next Budget will be held on 3 March 2021. A budget was expected to take place in the Autumn, but it was scrapped due to the pandemic.

Earlier this week, Prime Minister Boris Johnson laid out a roadmap for easing Covid restrictions and coming out of lockdown.

Restaurants, pubs, and cafes can offer outdoor service from April 12 with indoor dining allowed from May 17.

The Eat Out To Help Out scheme was originally launched last summer at the end of the first lockdown.

There was a maximum discount of £10 per person per meal, but no limit on often you could dine out.

Treasury advisors are also considering an idea from a think tank that could see adults given a £150 voucher to spend on the High Street, with children also getting £75.

The £9billion scheme is being proposed by the Resolution Foundation.

Their report reads: “These vouchers could be spent in physical non-food retail, where there is more likelihood that consumption is likely to re-bound more slowly than in other services such as pubs and restaurants.

“This temporary voucher scheme would slow but not halt the longer-term trend towards online retail.”

Similar schemes have already been rolled out elsewhere – including Northern Ireland and Jersey.

Lancaster Live reports that the voucher would be designed to boost the UK economy and free to spend in shops reopening from April 12.

But the Institute for Fiscal Studies has warned of tax rises to stop debt from spinning out of control.