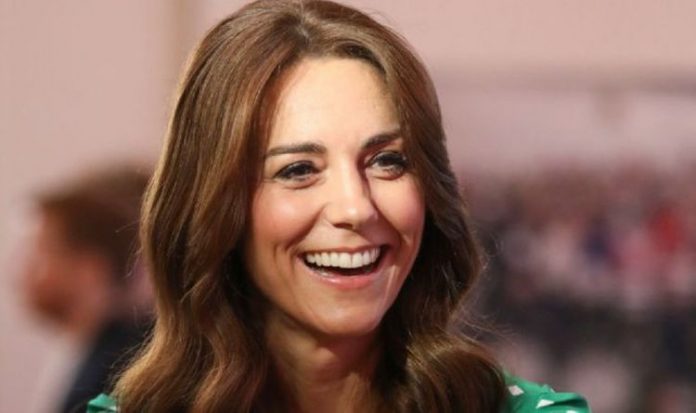 The Duchess made a surprise video call to Vicky and Yelda and their two young children. The call was organised through the charity Little Village, which helps struggling mothers with young children and is celebrating its fifth anniversary this year. Founded in London in 2016 by Sophia Parker, the charity provides clothes, toys and equipment for babies and children up to the age of five.

The two women told Kate about how they were coping with the lockdown and about the support they were receiving from Little Village.

Vicky was joined by her three-year-old daughter, Isla, who told the Duchess “I am a princess today!”.

Vicky said: “We’re not doing too bad. It’s become a bit of a struggle but she (Isla) tends to entertain me, keep me happy.”

Asked by Kate how the charity had helped her and her family, she replied: “Literally the minute I walked in, it was like a huge family unit.

“It was absolutely amazing.”

Yelda, whose daughter has a rare genetic disorder called Rett syndrome, added: “They were able to provide and they were so nice to you and really helped with how you are feeling.”

In conversation with her, the Duchess reflected on how important it is for

struggling mothers to know where to turn to for help.

Ms Parker stressed how vital the early years of a child were for their upbringing.

She said: “So the early years of a child’s life are so important. We know they lay the foundation.”