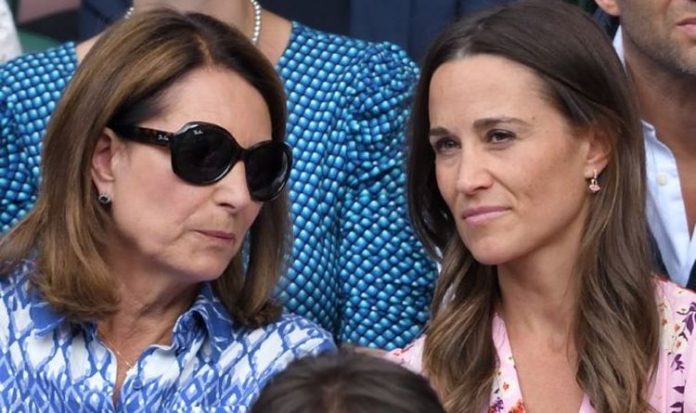 Carole and Pippa Middleton could be set to play a “critical role” for the Cambridge family, according to royal commentators. Royally Obsessed podcast hosts Roberta Fiorito and Rachel Bowie discussed what Kate, Duchess of Cambridge, could be planning for Halloween this year. The experts noted that the royal was known to have been enthusiastic regarding the holiday in previous years.

Ms Fiorito told listeners: “There’s a lot of scuttlebutt that the royals do, in fact, celebrate Halloween behind closed doors.

“But they don’t publicly celebrate it because it is an imported holiday for them.

“The UK only really does it because of Americans bringing it over.

“But according to multiple sources, including Harper’s Bazaar, Kate was even spotted in 2019 in the Halloween aisle of Sainsbury’s, which we know is one of her favourite places to shop.”

She continued: “She was even chit-chatting with some of the kids about what they were going to be.

“I think that the source didn’t see what she actually purchased and which costumes.

“But her family also runs ‘Party Pieces’, and they play a critical role, I’m sure, whether or not they participate.

“Surely Pippa and Carole are doing something festive.”

Party Pieces was established as a company by Carole and Michael Middleton in 1987.

It began by making party bags and now sells party supplies and decorations by mail order.

Pippa has also been an avid party planner, inspired by her parents.

She also released her own guide to throwing parties: ‘Celebrate: A Year of Festivities for Families and Friends’.