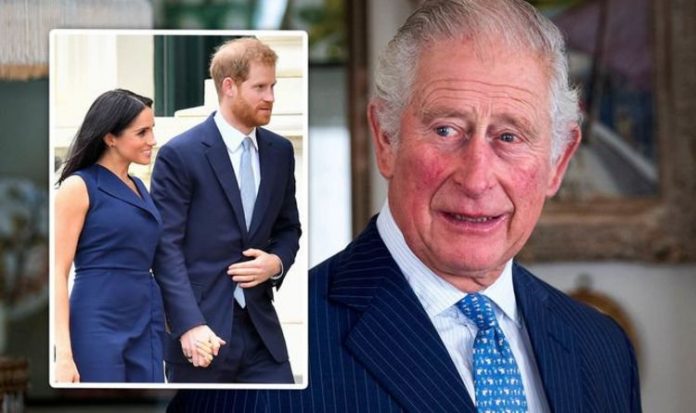 Before sharing the videos, Clarence House wrote: “To celebrate #BlackHistoryMonth, young people from @PrincesTrust and @PrincesTrustInt have been asking their career questions to Ambassadors and Alumni of the charity, who are Black British leaders in their fields.”

Among the people to take part in the Q&A there was actor Idris Elba, who has often praised the Prince’s Trust for the support given him at the beginning of his career.

The London-born actor received a £1,500 grant to be able to train as an actor with the National Youth Music Theatre.

Despite having reached worldwide fame, the international star works closely with the Trust as an ambassador, helping raise awareness of the challenges faced by young people.

Prince Charles founded his Trust in the mid-1970s (Image: TWITTER)

Prince Charles founded the Prince’s Trust in 1976 to help vulnerable young people get their lives on track.

It supports those aged between 11 and 30 who are struggling at school, are unemployed or find themselves in a difficult situation.

Prince Charles’s celebration of Black History Month through ambassadors of the Prince’s Trust came after Meghan and Harry called for the end of “structural racism” on October 1.

To mark the beginning of this month, the Duke and Duchess of Sussex shared their list of BHM NextGen Trailblazers, honouring outstanding black Britons who have made important contributions to society.

Speaking to the Evening Standard, the couple said the positive changes that have been made over the past decades to end discriminations and disparities in the UK are not sufficient.

They said: “For as long as structural racism exists, there will be generations of young people of colour who do not start their lives with the same equality of opportunity as their white peers.

“And for as long as that continues, untapped potential will never get to be realised.

“If you are white and British, the world you see often looks just like you — on TV, in media, in the role models celebrated across our nation.

“That is not a criticism; it’s reality.

“Many recognise this, but others are not aware of the effect this has on our own perspective, our own bias, but also the effect it has on young people of colour.

“For people of colour and specifically for young black Britons, the importance of representation in all parts of society, of seeing role models that share the same colour skin as them, and seeing and reading stories of success and of hope from those who look like them, is absolutely vital in opening doors of opportunity.”

More recently, Prince Harry also spoke about how Meghan helped with his own awakening on the issues faced every day by black people in the UK.

He said: “No one’s pointing the fingers.

“You can’t really point fingers, especially when it comes to unconscious bias.

“But once you realise or you feel a little bit uncomfortable, then the onus is on you to go out and educate yourself because ignorance is no longer an excuse.

“And unconscious bias, from my understanding, having the upbringing and the education that I had, I had no idea what it was.

“I had no idea it existed.

“And then, sad as it is to say, it took me many, many years to realise it, especially then living a day or a week in my wife’s shoes.”