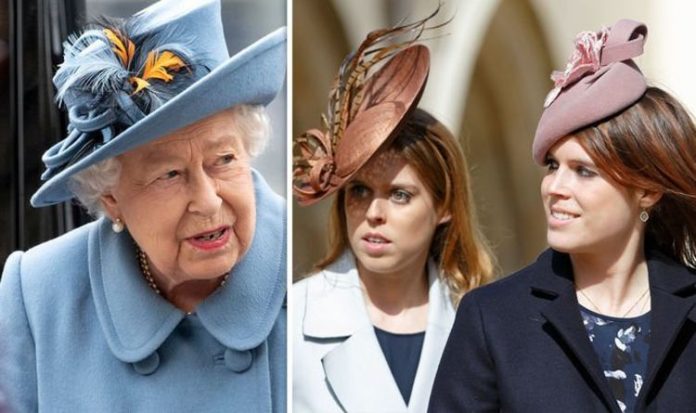 Princess Eugenie, 30, and Princess Beatrice, 32, are Prince Andrew, 60, and Sarah Ferguson’s two daughters and are both granddaughters of Queen Elizabeth II. Eugenie has a cottage in the grounds of Kensington Palace where she lives with Jack Brooksbank and Beatrice has her own apartment at St James’s Palace, however, it is understood the sisters were previously prevented from taking on a multimillion-pound mansion by the Queen.

The Queen has a huge property portfolio and owns royal residences across the UK.

Over the years the Queen has made it something of a habit to gift Royal Family members homes.

She gave Prince Edward and Sophie, Countess of Wessex Bagshot Park in Surrey and more recently gave Anmer Hall to Kate, Duchess of Cambridge and Prince William on their wedding day.

Meghan Markle and Prince Harry were also gifted Frogmore Cottage by the Queen when they tied the knot.

Following the sale of Birch Hall, Prince Andrew said: “The owners bought it from the trustees acting for the Queen in 1999.

“The trustees bought it in 1997 for the princesses and I imagine it was chosen because it’s a pretty house in a popular village and the gardens are a real draw, it’s more like parkland. But they never moved in.”

He added: “They reconfigured the staircase and updated the house throughout, moving the kitchen so it overlooks the garden and swimming pool.”

Rather than move into Birch Hall, the York family remained at Prince Andrew’s marital home Sunninghill Park that was gifted to him by the Queen when he married Fergie.