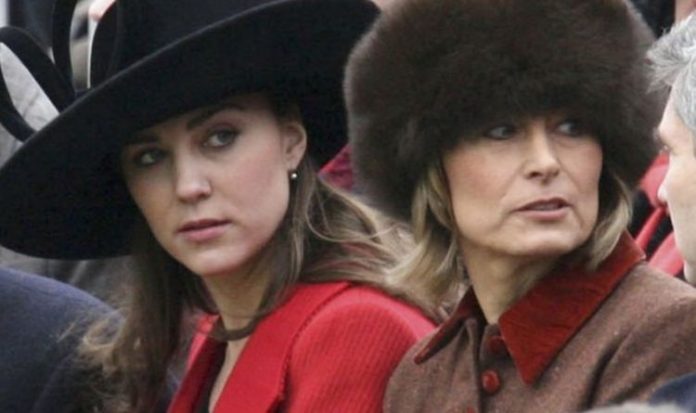 Carole Middleton “got a lot of flack” for appearing to be chewing gum at an event with Prince William. Kate, the Duchess of Cambridge’s mother and father had been invited to attend a special ceremony for the Duke only to be the subject of some “very unfair criticism”. Royal commentators spoke to Channel 5 documentary, ‘When the Middletons Met the Monarchy’, about the intense inspections the future queen consort’s family received before she married into the Royal Family.

“Carole got some very unfair criticism for chewing gum in public.

“In fact, it was Nicorette because she’d given up smoking.

“I’m sure Carole must have been mortified by the headlines.”

Former BBC Royal Correspondent Jennie Bond told Channel 5: “She got a lot of flack for it, it’s got to be quite humiliating.

“She wore it with good grace and didn’t say anything about it.”

However, members of the Duchess of Cambridge’s family would only come to face more and more scrutiny as her relationship with Prince William progressed.

When William and Kate split for a period in 2007, the Middleton family were faced with negative headlines.

Ms Bond added: “There were snide remarks that she was too pushy.

“There were rumours that Carole and Catherine had a plan to almost ambush William at St Andrews.

“None of these had been proved to be true.

“William was very upset and telephoned the Middletons very quickly to say the criticisms had not come from him or any of the royals.”

Prince William and Kate have maintained a close relationship with her family despite their busy schedules and were reported to have been very dismayed not to spend much time with Carole and Michael Middleton in the past year because of the pandemic.