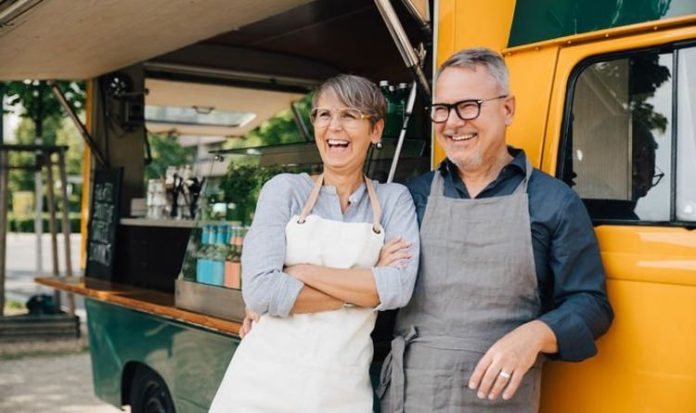 Of those, 46 percent had hired their spouse, 55 percent recruited a sibling and one in 10 had even sought help from their in-laws. Almost half (46 percent) employed relatives during lockdown because they needed extra help, while 34 percent felt their loved ones had the skills they were looking for.

Other reasons included their family member wanting to gain work experience or because they were struggling to find work after finishing education during the pandemic.

The research, commissioned by Funding Circle, found the family employment typically lasted seven weeks, but 68 percent still have their relative working for them now.

And while 21 percent are considering taking them on full time following this experience, 45 per cent would look at hiring more relatives in the future.

It also emerged that as a result of this, more than a fifth would like to see more traditional family businesses making a comeback.

“One of the silver linings of this crisis might be a revival of the traditional family business, with relatives spending more time together as business colleagues and partners as well as at home.”

The research also found more than a third of small business owners admitted their relative worked harder than they expected them to.

More than a quarter said their relative’s working attitude was respectful and 22 percent said they seemed enthusiastic.

Similarly, 32 percent of owners said working with their relation was fun and 30 percent felt it was motivating, yet 12 percent described it as difficult at times.

And although 31 percent of those polled said taking on their loved one was positive for their family relationship, three in 10 struggled to be “boss” to them.

When it came to family perks, 41 percent of bosses admitted they gave their family member flexible hours, 24 percent offered longer breaks and 30 percent even gave them a free lunch.

If you area has been affected by coronavirus, please fill in your postcode below to find out.

The findings come after a separate study of 1,500 relatives of small business owners found that of the 23 percent who were taken on by their family, a third found it motivating.

Popular family businesses were found to fall into the sectors of retail, business, consulting and management, and creative arts and design.

And for 62 percent of ‘employees’ the new role with their relative was something completely different to their usual job.

For a fifth, their new “boss” was their father, while a tenth had their mum to answer to and 14 percent were “hired” by their uncle.

More than a third even said the experience has made them want to be more involved with the family business and 31 per cent feel encouraged to start their own company.

But 44 percent admitted they now realise how much work goes into running a business, according to the OnePoll figures.

More than a quarter found themselves helping out a relative because they were on furlough, while 28 percent had always had an interest in it and now had the time.

Positives of working for a family member included being able to act completely themselves (35 percent), spending more time with family (40 percent) and feeling less pressure (30 percent).

Professor Alfredo de Massis, a family business expert from the Free University of Bolzano and Lancaster University, added: “The results emphasise the crucial importance of family involvement in business during particularly challenging times.

“My own recent research into 3,500 firms from all over the world showed that family firms have been more resilient than their non-family counterparts during the pandemic and lockdown.

“The reasons behind this have to be found in their long-term orientation, family-centred non-economic goals and strong values handed over across generations.”