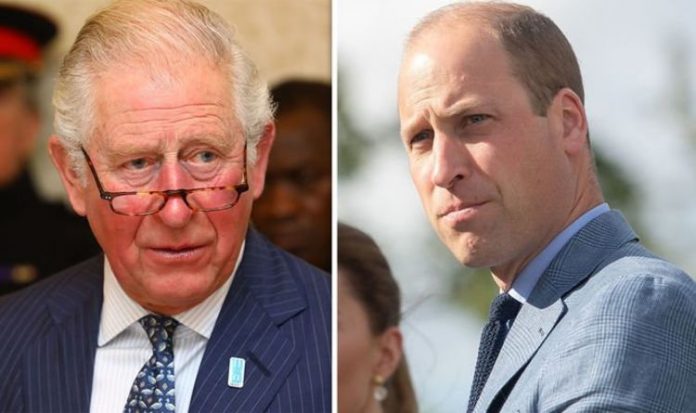 Prince Charles, 71, is first in line to the throne and is the oldest heir apparent in British history. While the Prince of Wales is due to take over from his mother Queen Elizabeth II, 94, when she can no longer serve, his age has prompted speculation he could choose to hand the crown to straight to Prince William instead.

A body of constitutional experts has claimed that while the notion of abdication is “unthinkable” for the Queen it could one be an attractive option for Charles.

The Royal Family’s tentative relationship with abdication is said to be the key reason the Queen would never step down.

The Queen’s uncle Edward VIII triggered a constitutional crisis in 1936 when he abdicated from his role as king in order to marry American divorcee Wallis Simpson.

The painful event is considered to be a blot on the Windsor Family’s history and is one the Queen remains keenly aware of to this day.

READ MORE: Prince Louis may miss out as George & Charlotte prepare for change

Clarence House made it clear Charles’s second wife Camilla would be known as Princess Consort and not Queen Consort in order to honour his late wife Princess Diana’s memory.

However, the decision of what to title to bestow upon Camilla will ultimately fall to Charles once he is king.

The constitution unit explained: “Under common law the spouse of a King automatically becomes Queen.

“But there are two possible reasons why Camilla might not assume the title.

“The first is the argument voiced by the Daily Mirror and the Daily Mail Online, that Camilla cannot become Queen because her 2005 civil marriage to Prince Charles was not valid.

“The Lord Chancellor in 2005 defended the validity of the Prince’s civil marriage, as did the Registrar General. But if Camilla became Queen, it might provoke further legal challenges.

“The second possible reason is public opinion. In deference to public opinion, Camilla has not assumed the title Princess of Wales.

“Prince Charles will no doubt have regard to public opinion at the time of his accession, in deciding whether Camilla should become Queen; and he may also want to seek the advice of the government of the day.

“The fallback position is that Camilla would become Princess Consort as announced at the time of their marriage.”