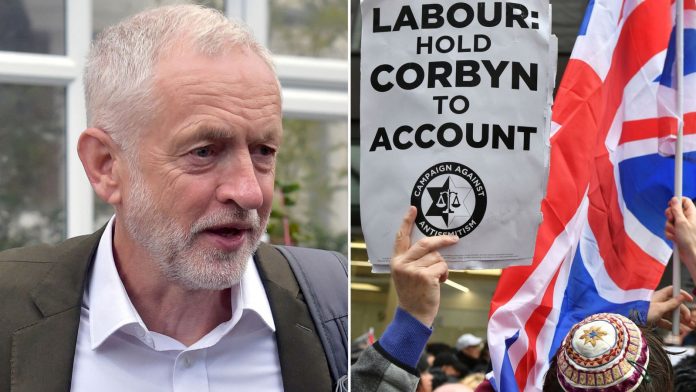 Labour has fully adopted the international definition and examples of antisemitism in a crunch vote by its ruling body – but also added its own “free-speech clause”.

Members of the party’s National Executive Committee backed a change in its code of conduct to help it investigate, suspend and expel members accused of discrimination against Jewish people.

A spokesperson said: “The NEC has today adopted all of the IHRA examples of antisemitism, in addition to the IHRA definition which Labour adopted in 2016, alongside a statement which ensures this will not in any way undermine freedom of expression on Israel or the rights of Palestinians

“The NEC welcomed Jeremy Corbyn’s statement to the meeting about action against antisemitism, solidarity with the Jewish community and protection of Palestinian rights, as an important contribution to the consultation on Labour’s Code of Conduct.”

The announcement is an important moment in the row that has dominated Labour all summer, which has seen MPs pitted against each other and seen serious allegations levelled at leader Jeremy Corbyn.

The row centred over calls for Labour to adopt the International Holocaust Remembrance Alliance’s (IHRA) examples of antisemitism word-for-word.

It had already incorporated the IHRA definition, which says: “Antisemitism is a certain perception of Jews, which may be expressed as hatred toward Jews.

“Rhetorical and physical manifestations of antisemitism are directed toward Jewish or non-Jewish individuals and/or their property, toward Jewish community institutions and religious facilities.”

Labour also included seven of the IHRA’s 11 definitions of antisemitism.

The party reworded one saying that that denying Jewish people the right to self-determination was antisemitic.

It also described behaviour in two other definitions – accusing Jewish citizens of being more loyal to Israel and applying double standards for condemnations of other Jewish people or institutions – as “wrong”.

And it told Labour members to “resist the use of Hitler, Nazi and Holocaust metaphors, distortions and comparisons” – similar to the final antisemitism definition.

However, critics argued it was not as strong as the IHRA examples.

The decision on Tuesday was to adopt the IHRA definition and examples unedited and in full, but to add the additional statement protecting freedom of expression.