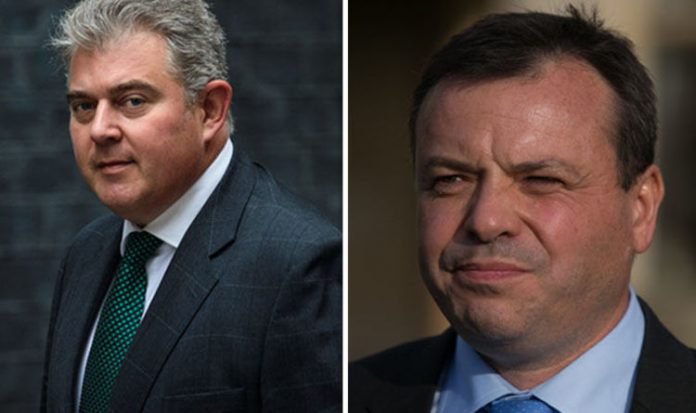 Insurance tycoon Mr Banks, a former Ukip donor who bankrolled the unofficial leave campaign, said the decision “sends a message that Brexiteers are not welcome in the Tory party”.

Mr Banks, along with his spin doctor Andy “Wiggy” Wigmore, had sought to join the Tories in North West Leicestershire, the constituency of Brexit-backing MP Andrew Bridgen.

Leave.EU has launched a push for its supporters to join the Conservative Party to back a Brexiteer candidate in any leadership contest to replace Theresa May.

Mr Bridgen, a prominent critic of Mrs May’s leadership, said his local Conservative association was seeking a written explanation from Mr Lewis as to why the two men were being “blackballed”.

He told the Press Association: “I think it’s only right there’s a written explanation of why Arron Banks – who was a member of the Conservative Party until 2013 and a donor – and Andy Wigmore are being blackballed.

“You can’t just blackball people because the current leadership don’t like them or feel they might be a threat.”

Mr Banks and Mr Wigmore are two of the self-styled Bad Boys of Brexit, with close links to former Ukip leader Nigel Farage.

Leave.EU has launched a campaign to “unite the right” and persuade the Conservative grassroots they need a “new Brexit leader” to replace Mrs May.