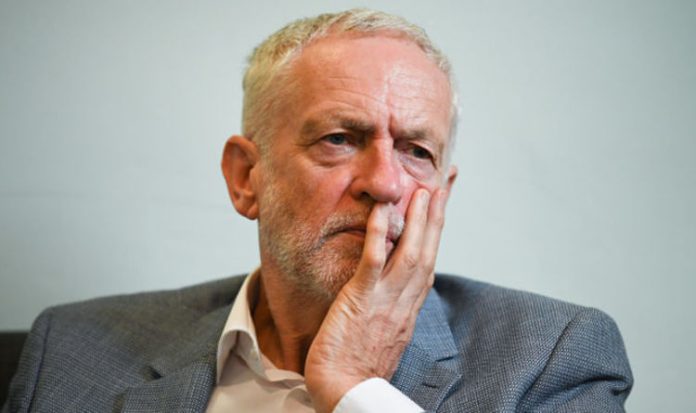 The Derby North MP said Labour politicians not committed to making veteran left-winger Mr Corbyn Britain’s next Prime Minister should either fight for his victory or leave.

The left-wing MP said: “Any MP not prepared to work for a Labour victory should resign and, if they won’t, grassroots members should replace them.”

He also referred to next month’s Labour conference which he hopes will back changes to the party’s rules to make it easier for local members to unseat sitting MPs.

He said: “That’s why I hope conference will back Labour International’s motion to introduce open selections to make it easier for members to hold their MPs to account.”

Mr Williamson has infuriated many Labour MPs by staging what he calls a “democracy roadshow”.

Over the summer, he took it upon himself to hold meetings in the constituencies of some of Mr Corbyn’s fiercest critics.

One of Mr Williamson’s latest critics was Ilford MP Mike Gapes, who took to Twitter to share his outrage over the ongoing anti-Semitism row that has rocked the Labour party.

Replying to a tweet that pictured the front page of the socialist Morning Star, Mr Gapes said: “Well. I regard it as a badge of honour to be denounced by the Communist Morning Star.

“I will not be buried into silence by apologists for Putin, Assad and Maduro.”

Labour’s anti-semitism controversy deepened over the weekend after The Times reported the inquiry is on the brink after three employees in the party’s investigation unit quit leaving just a single person to deal with hundreds of allegations.

This came days after Mr Corbyn vowed to to speed up Labour’s disciplinary process.

A Labour spokesman said: “We have robust processes for dealing with complaints we receive.

And as if that was not bad enough, campaigners demanded Mr Corbyn step down as leader of the Labour party in an online petition named ‘For The Many, Not The Jew’.

It has since accrued more than 21,000 signatures.