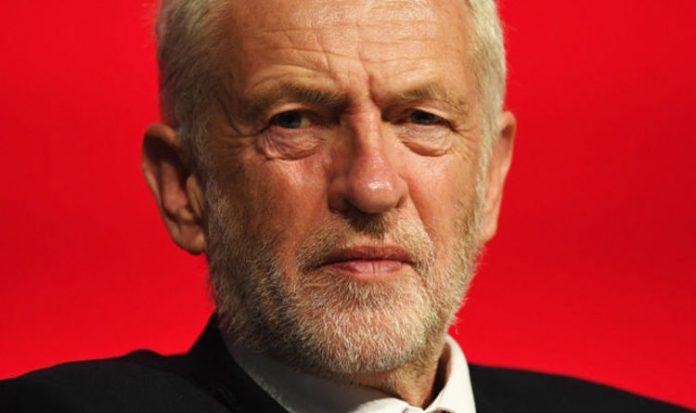 Political commentator Mr Dale made the damning claim to his 119,000 Twitter followers today following news Mr Corbyn has backtracked on a previous vow his party would not back a second Brexit referendum today and has now said he would if Labour wanted it.

Mr Dale said: “If Labour bows to middle class liberal elites’ demands for a second referendum (because they’re the only ones who want one), they thereby insult the millions of Labour voters who knew exactly what they voted for in June 2016.

“And almost guarantee they lose the next election.”

His tweet sparked a flurry of comments from his followers.

One said: “Iain, you’re better than this. Polls are consistently showing a majority across the country in favour of a new vote. 86 percent of Labour members are not ‘middle class liberal elites’.

“And detailed MRP data shows the biggest switches to Remain are happening in Labour Leave areas.”

Another said: “There won’t BE a SECOND CHANCE for cry-baby, urban-dwelling, spoilt, privileged bad losers – who are only ones calling for a #secondreferendum. Labour just guaranteed they WILL LOSE SWATHES OF PROVINCIAL, OUT-OF-LONDON, SWING seats because of this new policy. You stand NO chance.”

Mr Corbyn announced he would support calls for a second referendum after a poll found that 86 percent of Labour members think voters should have the final say on the outcome of Brexit negotiations, and that 90 percent would now vote to remain in the EU.

Addressing claims of his backing for a second referendum, Mr Corbyn told The Mirror: “What comes out of conference I will adhere to.

“But I’m not calling for a second referendum. I hope we will agree that the best way of resolving this is a General Election.

“But I was elected to empower the members of the party. So if conference makes a decision I will not walk away from it and I will act accordingly.”

His words came after Labour’s deputy leader Tom Watson told the Observer: “Jeremy and I were elected in 2015 to give the Labour Party back to its members.

Mr Corbyn said just two months ago he would not adhere to call for a second referendum.

Addressing questions as to why he missed a People’s Vote march due to a trip abroad, he told the BBC: “I was always planning to visit refugee camps in Jordan. And it’s not our policy to have a second referendum, it’s our policy to respect the result of the referendum.”