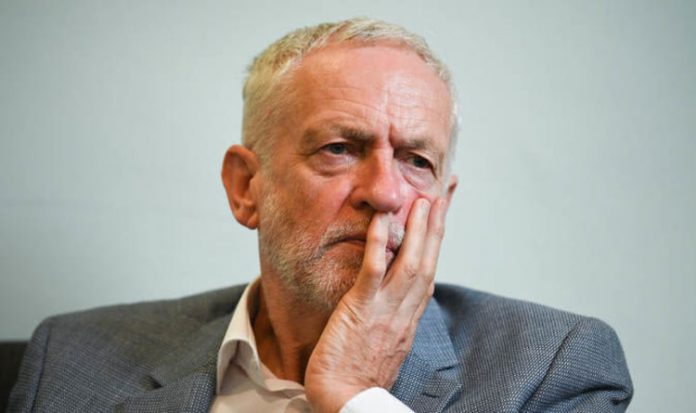 “Sometimes you have to ask yourself if positives outweigh negatives, and whether it is worth the effect it is having on my family,” she told the Guardian.

She also called on Mr Corbyn to do more to protect MPs from abusive leftwingers.

Ms Duffield said: “It would be really nice if Jeremy could help each MP going through this with a personal statement, to make it clear that people – even those who do it without knowing it – don’t do it in his name.

“I am not an anti-Corbyn MP just because I am standing up to anti-Semitism. That is a really clear line we could adopt.”

Her comments came after a leading union boss deepened the anti-Semitism problem further by reportedly suggesting the row had been manufactured to hide Israel’s atrocities.

Hard left union baron Mark Serwotka, general secretary of the Public and Commercial Services union (PCS) which represents around 200,000 members, is said to have made the comments during a fringe meeting at the Trades Union Congress conference in Manchester this week.

He is alleged to have said: “I’m not a conspiracy theorist, but I’ll tell you what – one of the best forms of trying to hide from the atrocities that you are committing is to go on the offensive and actually create a story that does not exist for people on this platform, the trade union movement or, I have to say, for the leader of the Labour Party.”

A PCS spokesman said: “Mark spoke at a Palestine Solidarity Campaign fringe event at the TUC – an organisation PCS is affiliated to.

“He made the point at the start of the meeting that we need to oppose anti-Semitism in society and within the labour movement.

“But we should not allow the issue of anti-Semitism to be used by people who are attempting to silence Palestinian voices as they legitimately struggle for their rights and a sovereign state.”