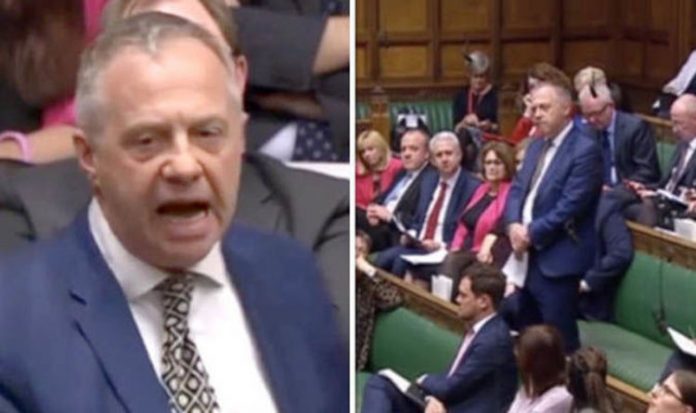 And he appeared to accuse his own party leader of racism.

He said: “The Labour Party will cease to exist unless MPs and unions act to sort this racism out.”

The row deepened last week when it emerged that five years ago Mr Corbyn said that Zionists “having lived in this country for a very long time, probably all their lives, they don’t understand English irony”.

He has denied being anti-Semitic but said he would be more careful over future use of the word Zionist.

But former party official Dan Hogan claimed if Mr Corbyn had been an ordinary party member he would have been suspended over the comments.

Labour MP Luciana Berger also said footage of Mr Corbyn “making inexcusable comments, defended by a party spokesman, makes me as a proud British Jew feel unwelcome in my own party. I’ve lived in Britain all my life and I don’t need any lessons in history/irony”.

And Mike Gapes, another Labour MP, appeared to be on the brink of quitting the party.

He messaged fellow MPs: “I am not prepared to support the racist anti-Semite. Period. It’s over for me.”