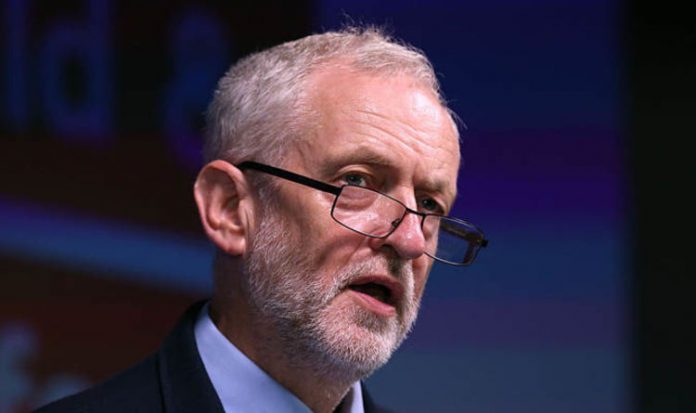 Following revelations in the Daily Express that a group had met secret at a luxury bed and breakfast estate in Sussex to discuss removing the hard Left leader, one of the MPs involved said that they were reluctant to go public yet even though their reservations about Mr Corbyn are well known.

The comments came as leading Corbyn supporter and hard Left MP Chris Williamson renewed his push for constituency associations to be allowed to deselect their MPs if they are not loyal to the leader.

In an open letter, published on Tuesday, to trade union baron Len McCluskey, Mr Williamson appealed for the leader of Unite, the biggest trade union, to use his money and members to “democratise” the party.

Writing an open letter to Mr McCluskey in the far Left publication, the Morning Star, Mr Williamson said that winning an election for Labour was not enough and warned there would be many obstacles for the Corbynistas.

Pushing for deselection of moderates and centrists, he said: “One obstacle hails from elites within our party itself.

“Some of Labour’s democratic detractors in the [parliamentary Labour party] PLP remain wedded to a bygone status quo.

“The times have changed, but they cannot.

“Incapable of ‘putting a sock in it’ — as, Len, you wisely advised them to do — humility is a lesson that only our popular movement can teach.

“The resistance to democracy on the part of some elites tells us one thing — empowerment is an invaluable key to real change.”

He added: “Comrades in Unite, you hold so many of the cards to make change happen.

“As a core pillar in the movement behind Jeremy Corbyn, what you vote on in conference this year will be definitive.

“It will help to determine not just of what kind of party we are but what kind of world we can build when Labour comes to government.”

Speaking off the record, a senior moderate Labour MP said: “The words of people like Williamson show why we have to meet in secret and why my colleagues are terrified to speak out publicly.

“After the last election it became very difficult if not impossible for us to criticise Corbyn simply because he avoided a wipe out.”

The senior Labour MP also pointed to recent attacks over the anti-Semitism among Corbyn supporters and criticism of the leader over the issue.

“If you look what happened to [deputy leader] Tom [Watson] and the abuse he got or the threats to displine [Jewish MPs] Margaret Hodge and Ian Austin it shows what a atmosphere of fear and oppression exists in Labour at the moment.”

Further proof of the attacks on moderates and centrists came in the social media reaction to the Labour MPs identified as meeting to discuss the future of Labour by the Express.

Replies to his Tweet included multiple demands by leftwing campaigners for the MPs to be “deselected.”

One tweeter called Holly, identifying herself as a Phd student in colonial women’s literature and intersectional feminist, said: “I have a feeling that mandatory re-selection will be a big hitter at conference this year *choo choo*”.

Meanwhile, The Labour leader was apparently spotted on holiday on Tuesday enjoying himself in a Somerset seaside cafe while controversy continued to rage around his party.

A local snapped a picture of him looking relaxed in a casual T-shirt at the Bay View Cafe on Burnham-on-Sea’s Esplanade.

The manager of the traditional-style establishment said: “There is not much of a fuss around him, he is just going about his day.”

A Labour spokesman declined to comment on the alleged sighting of Mr Corbyn, or on the leftwinger’s holiday plans.

Unlike some other party leaders including the PM, Mr Corbyn feels no obligation to tell the media where he is taking his vacations nor to pose for awkward pictures of himself while there – leaving it to eagle-eyed members of the public to reveal his whereabouts.

Last August he was spotted by fellow tourists in Croatia, while in October 2015, soon after being elected leader, a walking holiday in the Scottish Highlands was blamed for delaying his induction by the Queen into the Privy Council.