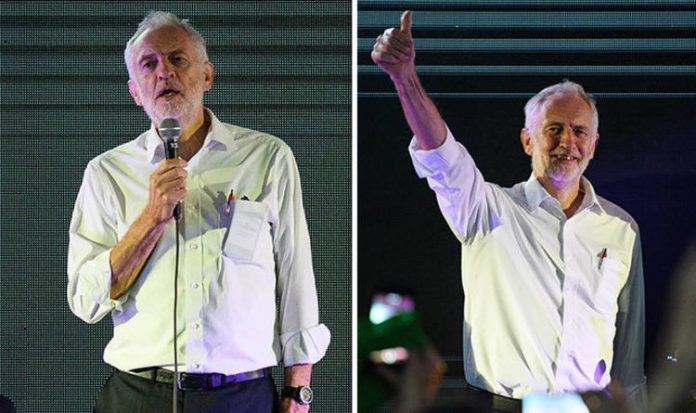 The Labour leader said the “poorest and most vulnerable” had been forced to pay the price for the 2008 financial crash.

During a fiery speech at a rally at the World Transformed Festival, Mr Corbyn said that winning an election is “not going to be easy” but hailed the power of “popular movements coming together”.

Mr Corbyn promised major change if he is elected in to Number 10.

He was given a rapturous welcome at the festival, organised by the Momentum movement which backs his leadership.

Jeremy Corbyn told the audience in Liverpool: “Challenging neoliberal economics is fundamental to what we believe in.

“Austerity has been meted out on the poorest and most vulnerable people in our society.

“They are the ones who paid the price of the banking crisis of 2008, all the time the very richest in our society have had tax breaks, giveaways and tax havens.

“I tell you what: they are on borrowed time because a Labour government is coming.”

His speech comes after Labour launched a radical plan to require private companies to hand over a 10 per cent share of their equity to workers.

Unveiling the scheme at the party’s national conference in Liverpool, shadow chancellor John McDonnell said it could net almost 11 million workers up to £500 a year each.

But additional income would be capped at that level, with any further dividends going to a national fund to pay for public services and welfare, in an effective new levy on private business worth an estimated £2.1 billion a year.

Conservatives branded the proposal “yet another tax rise” which could deter companies from taking on staff, while the CBI warned it would drive down investment.

But speaking this morning, Mr McDonnell denied his plans would result in less investment.

Mr McDonnell told BBC1’s Breakfast: “If you look at other economies, like Germany, where there’s been much more worker involvement, it’s been the reverse.

“You get more investment, you get longer-term decision-making and you have a growing economy.

“This is nothing unusual. It happens in other countries and it has proved to be successful.”