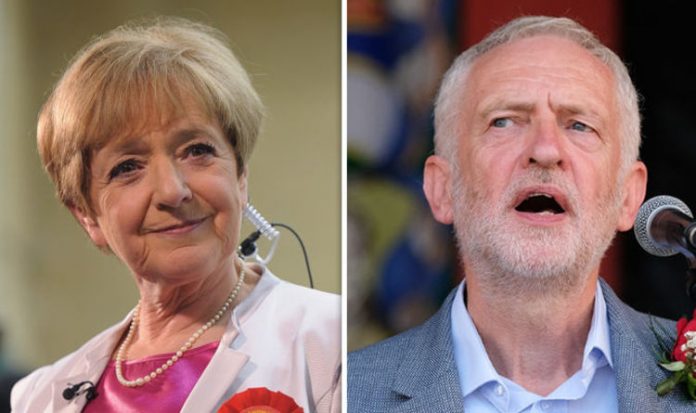 Dame Margaret Hodge faced a probe after she called the Labour leader a “racist and an anti-Semite”.

The decision not to pursue it will be seen as a huge climbdown by the leader’s office.

Her row with Mr Corbyn came after the Labour leadership refused to adopt the whole of an international definition of anti-Semitism and its examples.

The plan to “take action” against Dame Margaret, who is Jewish and lost family in the Holocaust, was condemned by many MPs and others who think Mr Corbyn is too tolerant of anti Semitism in party ranks.

She and her supporters have contrasted the party’s swift vow to investigate her and fellow Labour MP Ian Austin – who confronted a Corbyn ally on the same issue – with its apparent reluctance to act against activists accused of anti-Semitic comments and behaviour.

A party source said Labour General Secretary Jennie Formby had written to Dame Margaret, dropping disciplinary action following the MP “expressing regret to the Chief Whip (Nick Brown) for the manner in which she raised her views”.

Suggesting tensions continue, Dame Margaret hit back, Tweeting: “Just to be clear: there have been no apologies – on either side.”

Welcoming the decision to drop the investigation she added: “After 55 years of LP membership, going after me instead of addressing the issue was wrong.

“In 2018 anti-Semitism has again reared its ugly head and the campaign against it goes on.

“The Labour Party must adopt the International Holocaust Remembrance Alliance definition in full to start to rebuild trust.”