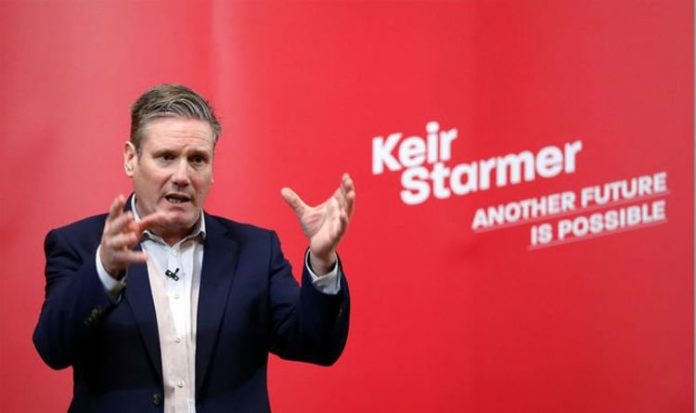 Sir Keir replaced Jeremy Corbyn after Labour’s crushing defeat in the 2019 general election, in which the party had its worst result since 1935. But as Labour is taken into a new direction, former MP Tom Harris has warned the party’s “civil war” is “unique” as the left of the party criticise the new leader. The former MP for Glasgow Cathcart warned that the left in the party are more angry then they have been after previous defeats because of just how close they feel they got to power.

Mr Harris said: “The left are angry, or, more accurately, angrier than usual.

“Unlike 1979-83, they had unexpectedly taken control of Britain’s main opposition party, they were (they believed) on the brink of real actual power, and then they had it all brutally snatched away from them.”

Mr Harris also predicts that Sir Keir will backtrack on his leadership race pledges – something that could spark more fierce debate within the party.

He continued: “And now they suspect (probably correctly) that Starmer is about to start slowly unravelling his pre-election commitments to maintaining his predecessor’s policy platform and to commit the same crime that every successful Labour leader has: compromise with the electorate.”

He also highlights that the growing discontent in the party has led to a social media account pledging to challenge Starmer’s leadership.

READ MORE: How Starmer claimed ‘a lot of people’ rather Corbyn wasn’t leader

“The core accusation against the 80 percent of Labour MPs who voted against Corbyn in that vote of confidence four years ago is that if they had only held the party line, presented a united front, then Labour would be in government by now and some of them would even be ministers.

“So why would a leadership challenge this year or next year be justified when it was deemed to be treason in 2016? If the Conservatives benefited from that division four years ago, how would they not benefit from the same level of division now?”

He made the claims in his column for CapX this week.