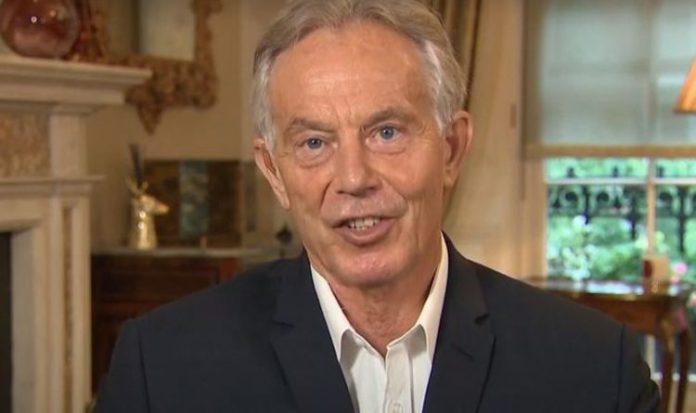 Tony Blair was faced with widespread backlash on social media after his latest television appearance to discuss his proposed mass testing strategy. Mr Blair insisted the expansion of testing capacities would ensure the UK is able to maintain the spread of the coronavirus under control without risking a new lockdown of the economy. But his proposals were met with fury by members of the British public, who questioned why the former Prime Minister still receives air time.

One Twitter user said: “It is disgusting to see that war criminal Tony Blair is appearing on TV rather than apping in the dock.

“This war criminal must not be given TV time he must be given hard time.”

Another user wrote: “Why are Tony Blair and his old cronies constantly on the news telling everyone how to act?

“Obviously continuing the Blair brand but why does he have any say these days?”

One Sky News viewer suggested the former Labour leaders should no longer appear on television but rather face the scrutiny of the International Court of Justice over his involvement in the War in Iraq.

And another said: “Tony Blair on @SkyNews talking about his vision for Covid-19 testing. Is there anything this man isn’t an expert on?