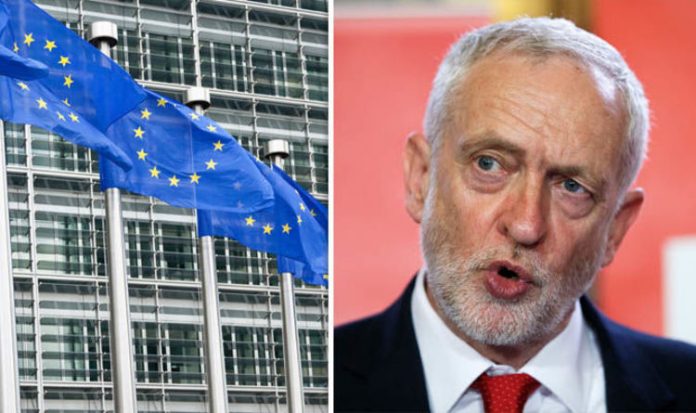 Sources said the idea was being pushed by senior figures internally although an announcement is not expected until October.

But it would see Labour back a People’s Vote on leaving the EU. The U-turn is an attempt to keep Remain voters at the next general election.

And it risks losing Leavers, especially in Labour constituencies which voted heavily to exit the EU.

Unveiling the new policy after conference would help avoid the appearance that the leadership had been bounced into it by members.

A concerted effort is under way to put the issue at the heart of the conference. Campaigners want delegates to debate a motion on a second vote, which 130 constituency parties have reportedly expressed a willingness to back.

Polling of 10,000 suggests Labour voters support a second referendum by 63 per cent, with just 8 per cent opposed.

But the move would still be a major gamble. Labour holds a number of seats where voters overwhelmingly backed Brexit. A party insider said: “This is being pushed by very senior figures within the party but I would not expect an announcement that Labour now backs a People’s Vote until after conference.

“And then the focus will be very much that it is a vote on ‘the deal’. It is not about re-running the referendum.”

But Tory deputy chairman James Cleverly accused Labour of having “no interest in respecting the referendum result and failing to see that opening the door to a second referendum only makes it harder to get a good deal”.