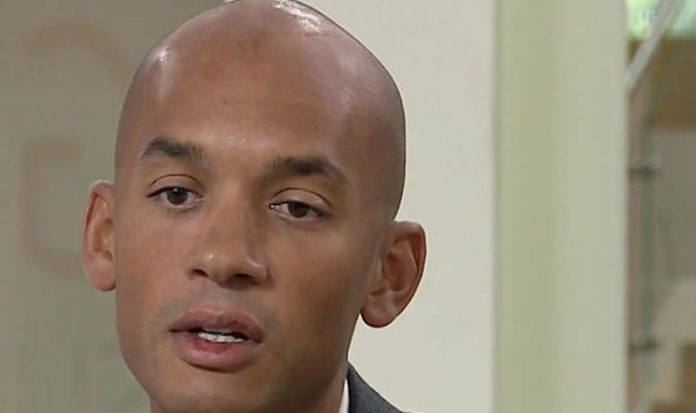 Ex-frontbencher Chuka Umunna accepted his admission, following the furious row over anti-Semitism among party activists, was “very painful”. But he vowed to fight for change rather than “leave the field”.

Mr Umunna made his blunt assessment in a TV interview yesterday after the head of the Equalities and Human Rights Commission concluded Labour was “led by anti-Semites and racists”.

Labour has been engulfed by controversy over allegations of anti-Semitic views by some anti-Israel activists.

The row has intensified after several MPs – including Joan Ryan, chairwoman of Labour Friends of Israel – faced votes of no confidence from activists in their constituency parties.

Mr Umunna said the party could now be classed a institutionally racist using the definition set out by the Macpherson report on the Met police after the racist murder of black teenager Stephen Lawrence in 1993.

He told Sky News’s Sophy Ridge On Sunday: “If you look at the definition of institutional racism, as outlined in the Macpherson report… the Labour party, it’s beyond doubt for me that it has met it. It’s very painful for me to say that.”

The South London MP was attacked by Labour members over the weekend after he urged Mr Corbyn to “call off the dogs” and stop hard-Left activists trying to purge moderate MPs from the party.

He said: “Calling anybody a dog is absolutely outrageous in the extreme.”

Mr Umunna defended his remarks, saying: “The phrase that I used is a metaphor, it’s a figure of speech.”

In a newspaper article yesterday, Equality and Human Rights chief Trevor Phillips, who served as a Labour member of the London Assembly for three years, warned that the rows about anti-Semitism were “killing our party”.

Mr Phillips said: “It doesn’t help that one of our great parties, the one I belong to, is led by anti-Semites and racists who basically want to eliminate anyone who disagrees with them.”

A Labour party spokeswoman said the comments were “wrong and offensive”.

She said: “Jeremy Corbyn and the party leadership are lifelong anti-racists who are determined to tackle anti-Semitism within the Labour party and in wider society.”

A local party branch in his Nottingham East constituency passed a motion of no confidence in him on Saturday. The votes are not binding but Left-wingers want to change party rules to make deselections of MPs easier.